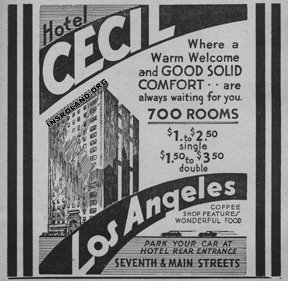 Focusing on the AHS: Hotel season:

The main inspiration for the stories of the Cortez Hotel is the Cecil Hotel in Los Angeles, California. To quote roadtrippers.com:

The history of the Cecil Hotel is so dark and gory that some say all 600 rooms are cursed.

The serial killer Richard Ramirez (who shows up, on my TV screen as I am typing this, in the episode “Devil’s Night”) stayed there during his home invasion terror spree. Jack Unterweger, another serial killer, also lived there, killing three victims during his stay, and probably in his hotel room: Shannon Exley, Irene Rodriguez, and Sherri Ann Long. Their sexual violation was unusual and horrific.

And then there was the unsolved overkill of the Pigeon Woman:

On June 4, 1964, “Pigeon Goldie” Osgood, retired telephone operator and well known protector and feeder of the birds in Pershing Square, was found dead in her room by a hotel worker distributing phone books. She had been stabbed, strangled and raped, and her room ransacked.  Near her body were found the Dodgers cap she always wore and a paper sack full of birdseed. Soon after, Jacques B. Ehlinger, 29, was seen walking through Pershing Square in bloodstained clothing. He was arrested, but cleared of the crime, for which no one was ever arrested. (source)

But the events in the Cecil were not just violent, they have been eerily bizarre. In 1962, Pauline Otton killed herself by jumping from her hotel room on the ninth floor, killing a pedestrian, George Gininni when she landed on him. He still had his hands in his pockets.

But the last straw for the camel, most likely, that drove the name change to the old-fashioned moniker Stay-On-Main Hotel, is the mysterious death of Elisa Lam.

In February of 2013, Elisa Lam was filmed on the elevator’s surveillance camera. Two weeks after that last sighting, she was found in the hotel’s water cistern on the roof, after hotel guests complained of the taste and color of the water.

I imagine that those hotel guests are haunted still.

Synopsis of the video:

At first, Elisa enters the elevator and apparently presses all of its buttons. She then waits for something to happen but, for some reason, the elevator door doesn’t shut. She starts to look around, as if she is expecting (or hiding from) someone. At 1:57, her arms and hands start moving in a very strange matter (almost not human) as she appears to be talking to someone, something … or nothing at all. She then walks away. The elevator door then shuts and appears to start working again. (source)

Watch it for yourself. As steeped as I am in horror, our weird world, and ghosts,

this video makes me feel…odd. Uncomfortable. 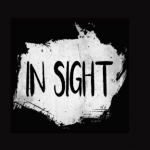 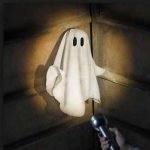