This is the most stupendously Dollopy finale I could possibly give for the very first ever annual Dollopween celebration. (Sorry. That was a lot of words doing too much work. I am excited. Candy sugar high without the candy.)

This post is dedicated to Gareth, and to all The Dollop and Walking the Room’s fans who either were not alive in the 1970’s, or who only remember the 70’s in a toddler haze.

Let me paint the scene.

No joke, I am actually giggling as I type this. Y’all better recognize the Rubeness.

This guy (and his gift to Halloween) is quintessential Rube, and he didn’t even know.

It’s October 29, 1976. Imagine Dave shouted that date. All over America, people are dutifully chilling in front of their televisions–perhaps It’s the Great Pumpkin, Charlie Brown just ended, and then ABC throws this curve-ball treasure at them:

Excuse me while I roll around on the floor hugging myself like Harriet the Spy.

If you do not know who this delicious Rube is, hang on, there will be footnotes.

The Paul Lynde Halloween Special is a Halloween-themed television special starring Paul Lynde broadcast October 29, 1976 on ABC. It featured guest stars Margaret Hamilton in her first reprisal of her role as The Wicked Witch of the West from The Wizard of Oz. Also guest starring are Billie Hayes as Witchiepoo from H.R. Pufnstuf, Tim Conway, Roz Kelly, Florence Henderson, rock band KISS, Billy Barty, Betty White and, in an unbilled surprise appearance, Donny and Marie Osmond.

Sheer. Dollop. Joy. Also available on Amazon Video for your streaming pleasure, either or, sheer delight either way.

Exhibit A: He is gleefully singing “We Wish You A Merry Christmas” in what looks like a corduroy sport coat in front of a giant jack’o’lantern, with a look of SHEER JOY on his face.

Exhibit B: Oh, it gets even better.

Why is Paul Lynde so fantabulous? Because he was himself, loud, goofy, weird, eccentric, and effeminate, in a time where, let’s be honest, that didn’t fit. This was Burt Reynolds and Clint Eastwood season, remember. And he didn’t care.

We 70’s kids knew and loved him best from the game show Hollywood Squares. He was that most amazing creature: a silly adult. Adults could be silly!

He always played the center square, and he did it with panache. He also tried very, very hard to flummox the host and contestants.

Question: “What is the most unusual place in the house to discuss sex?”

Happy Dollopween, Rubes. I hope I have entertained you, frightened you, perhaps educated you a little, and, as always, made you laugh. I have had a blast. I love being Momma Rube. Thank you for continuing to play along with me.

Tomorrow, I shall post the entire list of Dollopween entries as a page, and then will return to our regularly scheduled program: my trying to play catch up with episode entries.

Trick or treat safely. Momma Rube loves ya. See you here and on the Facebook page. 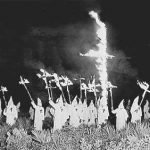