The first is his death.

Edgar Poe (he actually eschewed the Allan part of his name, because he despised his father-in-law, John Allan) died 165 years ago yesterday, in Baltimore, Maryland: October 7, 1849. After suffering the loss of everyone in his life (mother, father, brother, first love/cousin, foster mother/aunt), and many other personal losses (dropped out of UVA, expelled from West Point, fired from many jobs) he was engaged to a childhood sweetheart who was now a wealthy widow, Elmira Royster Shelton, who was waiting for him in Richmond, Virgina. They were to be married on October 17.

But, this is Poe. He wasn’t found in his hotel bed by the porter, or a concerned bellboy.

He was partially eaten by a giant raven found incoherent and “in great distress, and … in need of immediate assistance” by Joseph W. Walker in the street on October 3. Walker took Poe to the hospital, where he died on the 7th, nevermore having regained consciousness.

I can’t help it, sorry. It’s like the hiccups.

Several witnesses reported that he was not wearing his own clothing, and what clothing he did wear was ill-fastened. So Poe was probably cooped, which is a voting-related form of shanghaiing.

His funeral was held in Baltimore on October 8:
7 attendants, and it lasted for 3 minutes. No sermon was given because the minister, T. D. Clemm (a cousin of Edgar’s!) didn’t see a point for only 7 people.

If you could see me, you would see me squinting scathingly at 19th century Maryland. Y’all couldn’t telegram Richmond, wait until some of his people could come, voice their wishes? SHAME. FOR SHAME.

There was a do-over of sorts by his friends in the theater when they heard about this SHAMEFULNESS:

On October 10, 2009, Poe received a second funeral in Baltimore. Actors portrayed Poe’s contemporaries and other long-dead writers and artists. Each paid their respects and read eulogies adapted from their writings about Poe. The funeral included a replica of Poe’s casket and wax cadaver.

Oh, and an additional eerie or oogie, as you see fit, fact about his death:

His hair became a collector’s item. Not in a genteel mourners’ jewelry Victorian era way, but in a serve-yourself buffet way. People came to view his corpse (people that didn’t bother to attend his funeral AHEM) and snatched hair off his corpse. Stay classy, Baltimore.

No, that’s not an appliance, nor a form of pastry.

Every January 19, Poe’s birthday, until just recently in 2009, a gentleman in a black hood and cape, carrying a silver-tipped cane, has come stealthily to Poe’s original grave in the Westminster Hall and Burying Ground in Baltimore. This site is marked with a commemorative stone, upon which the hooded figure would place three red roses in a certain configuration, and raise a Martell cognac toast.

The roses are believed to represent Edgar and his two greatest loves and losses, his cousin/wife, Virginia Eliza Clemm Poe, and her mother, Maria Clemm, who were also originally buried there with him. Some of these bottles of cognac are preserved at the Poe Museum in Richmond.

The identity of the Toaster or Toasters is still unknown.

Poe is one of my favorite authors, and I have a great deal of affection for his awkwardness and strangeness, for I share that with him, as well as a love for the macabre–and an odd work history.

So I considered reading one of his poems, or the opening to a story, and hiding it in a link as an Easter egg. But then I found a Valentine Virginia wrote to Edgar, and I read it aloud to myself, and I got both tears in my eyes and chills.

So dim the lights, my lovey Rubes, and huddle close. Momma Carla wants to read you a bedtime poem, to celebrate the birth of the website’s new Facebook page, and to toast Virginia and Edgar. Their love was strange, but, judging from this, it was true. Let us not judge. Listen:

(The creak at the beginning is my antique secretary, upon which my dad used to do his homework, my grandfather his bills. Close your eyes and pretend it’s young Virginia’s rocking chair.) 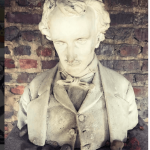 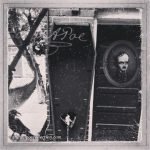 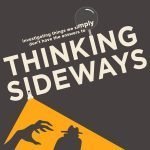