Number One with a Bullet! KJFK Texas! With All the Hits You’re Not Expecting!

(I feel like I should find a Kennedy heir and write them a lovely apology on Crane stationary for repeating that joke. I did in my mind, does that count?)

I typed “ASOC” and “Jade Helm” into Google, the first return was a World War III prepper document.

I have no words.

There’s being prepared, and there’s being afraid of Blue Bell ice cream trucks and Wal-Mart tunnels.

There’s also overinvoking. What do I mean by overinvoking, a word that I think I just invented? Lemme explain.You’re concerned about rules being too strict. To explain, you reference Hitler. That’s overinvoking. So you’re concerned about possible covert government military operations? Understandable. The government is people, people are both good and evil. Yep. To explain your fears and concerns, and to organize plans in case your fears might be realized, you reference WWIII. That’s overinvoking.

That’s a new vocabulary word. It will be on the final. It might be the password for the new Rube clubhouse–when I finish making Larry build it.

The ASOC agrees with me, and carefully explains that “alarmists” are overinvoking against Jade Helm 15. I kinda am in love that their website is stripes.com. Why? Because I am an old fart remember a certain splendiferous Bill Murray movie

(redundant, I know), of the same name, and I immediately imagined the “alarmists” being faced down by these bad boys:

(Bill, you’re an honorary Rube. You need your own Friend of Dollop page pronto. I shall rectify this.)

Oh, and I have another comment in video form with regard to Obama’s supposed weather weapons. There is only one person that can spin that powerfully, and, o delicious irony, her name is Isis. Bow down, bitches:

But let us do some fair linkage. So:
Alex Jones: infowars.com, YouTube channel

Loose Change, the ever-changing documentary, which stays finished as well as a horror franchise boogeyman really stays really dead this time no for real:
2009 Loose Change 9/11: An American Coup

all directed and edited by Dylan Avery.

Annnd we do go full circle to episode 1, to the Cow Standoff at the Bundy Ranch:

I have one more thing to say to you tonight, fellow Rubes. “Refrigerated morgues”. Now I am going to go eat some ice cream with my spoon of freedom.

Note: Any recruitment, propagandist email, or email otherwise intended to start a debate or argument, will be responded to with the above Stripes scene’s singing, remixed and on a loop, in a large file. I don’t argue politics. I’m just a writer. First offense: Bjork-style remix. Second: disco. Third: I get really sadistic with my remix choices, and I will enlist my Rubes for help. A lot of podcasters and podcast listeners live an auditory life and have insomnia, don’t forget. Comments that go further that polite discussion about pro v. con may receive similar surprises. You have been warned. ‘Murica! 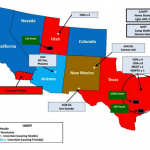