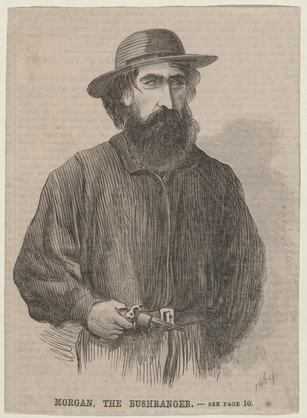 I’m going to cut off your head so I die!
–Gareth

Maconochie’s Gentlemen: The Story of Norfolk Island and the Roots of Modern Prison Reform (Studies in Crime and Public Policy)

In 1840, Alexander Maconochie, a privileged retired naval captain, became at his own request superintendent of two thousand twice-convicted prisoners on Norfolk Island, a thousand miles off the coast of Australia. In four years, Maconochie transformed what was one of the most brutal convict settlements in history into a controlled, stable, and productive environment that achieved such success that upon release his prisoners came to be called “Maconochie’s Gentlemen”.

Really hard to be funny, considering a huge part of this story is Norfolk Island Prison Colony, a place so sadisitic that prisoners were making agreements to behead each other in order to escape. That’s right–I’d rather you cut off my head than stay here one more minute, and you’ll get the death penalty. Freedom! What this horrible decision brings to mind is the deeply unsettling horror movie Would You Rather?, with Brittany Snow and Jeffrey Combs, the heir apparent to Vincent Price‘s throne. You know how to play that particular parlor game, correct? Add locked doors and Jeffrey Combs. Yep. Welcome to Norfolk Island. Enjoy your stay.

Also, if that isn’t bad enough (and that’s bad; the very last scene in Would You Rather?, though neither violent nor graphic at all, haunts me still months after seeing it), the flogging artists (“flartists”) at Norfolk Island created, from some prisoners, permanent hunchbacks, known as “blown veal”. Yeah, no jokes. Not even one Shawshank quip. Sorry.

(1976), with Dennis Hopper as Morgan, which might just be perfect casting

The imdb has almost no information on the 1911 movie Dan Morgan. Can you help ’em out with that?

“Waltzing Matilda” is connected to Dan Morgan. Really! The words were written by Banjo Paterson, based on a tune played on the zither by Christine MacPherson, who was an infant at the time of the MacPherson family massacre. What the hell does the song mean? Good question. Shall I illuminate with the handy Australian English song lyric glossary? (I didn’t know, either. Mostly.)

waltzing
derived from the German term auf der Walz, which means to travel while working as a craftsman and learn new techniques from other masters before returning home after three years and one day, a custom which is still in use today among carpenters.
Matilda
a romantic term for a swagman’s bundle. See below, “Waltzing Matilda”.
Waltzing Matilda
from the above terms, “to waltz Matilda” is to travel with a swag, that is, with all one’s belongings on one’s back wrapped in a blanket or cloth. The exact origins of the term “Matilda” are disputed; one fanciful derivation states that when swagmen met each other at their gatherings, there were rarely women to dance with. Nonetheless, they enjoyed a dance and so danced with their swags, which was given a woman’s name. However, this appears to be influenced by the word “waltz”, hence the introduction of dancing. It seems more likely that, as a swagman’s only companion, the swag came to be personified as a woman.

The National Library of Australia states:

Matilda is an old Teutonic female name meaning “mighty battle maid”. This may have informed the use of “Matilda” as a slang term to mean a de facto wife who accompanied a wanderer. In the Australian bush a man’s swag was regarded as a sleeping partner, hence his “Matilda”. (Letter to Rt. Hon. Sir Winston Churchill, KG from Harry Hastings Pearce, 19 February 1958. Harry Pearce Papers, NLA Manuscript Collection, MS2765)

swagman
a man who travelled the country looking for work. The swagman’s “swag” was a bed roll that bundled his belongings.
billabong
an oxbow lake (a cut-off river bend) found alongside a meandering river.
coolibah tree
a kind of eucalyptus tree which grows near billabongs.
jumbuck
a sheep.[24]
billy
a can for boiling water in, usually 2–3 pints.
tucker bag
a bag for carrying food (“tucker”).
troopers
policemen.
squatter
Australian squatters started as early farmers who raised livestock on land which they did not legally have the right to use; in many cases they later gained legal use of the land even though they did not have full possession, and became wealthy thanks to these large land holdings. The squatter’s claim to the land may be as uncertain as the swagman’s claim to the jumbuck.

One more Australian English question, please. What the hell is humping the bluey? It’s the title of a 1911 play about Morgan.

Cultural references from this episodes (besides the marvelously complex Waltzing Matilda): 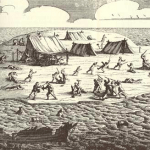 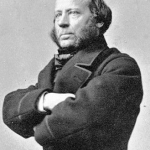 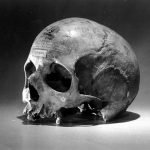 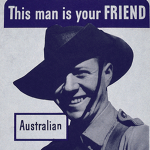 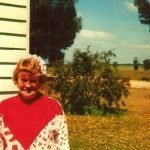