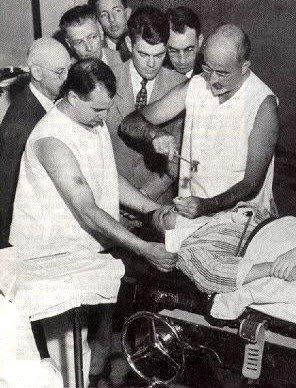 James Watts, the actual surgeon, and Freeman performed the first prefrontal lobotomy in the United Stated on Alice Hood Hammatt of Topeka, Kansas, on September 14, 1936.
Then Freeman went rogue. A gross oversimplification, but you can argue that he grossly oversimplified things, by going into his kitchen and rummaging for an icepick.
Guide to the Watts and Freeman Papers, George Washington University
The in-nice-company name for the icepick lobotomy was the transorbital lobotomy; Freeman performed the first one on a housewife, Sallie Ellen Ionesco, in Washington, D.C.
You think your stepparent sucks? Did she ever lobotomize you because she didn’t like you? No? Howard Dully‘s did. And she kept it a secret. He has you trumped for toxic family stories at group therapy. He wins. #winning? #Ihavetomaketheseawfuljokes #orIwillcry

 But, then again, there’s poor Rosemary Kennedy. Her father actually arranged the for the Lobotomobile to drive around to the servants’ entrance, and called Rosemary down from her room, where she was probably writing in her diary, or talking to a friend on the phone…all because she was too spirited, and she might get felt up behind the ninth hole at the country club and sully the Kennedy name. (How much occurs on The Dollop because someone is preoccupied about someone else fucking? I mean, really.) Rosemary calls down, “Coming, Daddy!” and goes skipping down the stairs…
then the Freeman stabby-scramble, and Rosemary becomes the Gothic stereotype of the mysterious secret relative in the attic. Seriously. Once they moved here out of the attic, she was moved to a lovely room at the St. Coletta Institute for Backward Youth, in Jefferson, Wisconsin.
Well, it worked. She never got knocked up and shamed the family.

During the surgery Rosemary had a mild tranquilizer but was awake. Dr. Freeman asked her to recite the Lord’s Prayer or sing “God Bless America” or count backwards. An estimate on how far to cut was based on how she responded. When she became incoherent, they stopped. (source)

Excuse me, I have to go kick something. I’ll be right back. This story enrages me, no matter how many times I hear it. Have an emergency kitten.
Okay, sorry. I’m back. Circular breathing, gave the door frame a good flat-footed Lucy van Pelt kick, all is better in Carla land. As we were.
The Kennedy family has gently distanced themselves from this “coincidence”, but I own it whole-heartedly. My little brother was an athlete, so I claim it. After Rosemary was ensconced in the asylum, her sister, Eunice Mary Kennedy, founded the Special Olympics. If that is the most gloriously passive-aggressive comeback in the history of America, I don’t know what is. “I have to smile and take your arm in public, and debut, and be good. And you want me to do charity work? Oh, I will do charity work, you little bastard, I mean, Daddy.”
 I apologize for this picture of Howard. I think it’s important. I concede to its horror by thumbnailing it; click on it to see it in all its revolting Freemanesque glory.
Howard Dully received his you-little-asshole lobotomy from Freeman when he was 12 years old. When Rodney Dully, Howard’s father, was interviewed by Howard, Rodney stated:

I only met him I think the one time. He described how accurate was and that he had practiced the cutting on, literally, a carload of grapefruit, getting the right move and the right turn. That’s what he told me.

Another famous American lobotomy: Tom “Tennessee” Williams’ sister, Rose Isabel Williams, 1943. Bilateral frontal lobotomy following ECT, neither helped. Tennessee felt racked with guilt for not stopping the surgery, and funneled his feelings into writing Suddenly Last Summer., and The Glass Menagerie.
Oh, and one more thing: Not only was Freeman a showman, and driving around in his creepy Lobotomobile Van, but he also wore no gloves and no facial mask. Yep. Want to take bets on how often he washed those icepicks and mallets?
Hey, guess what other famous American traveled the country and used an icepick, both to accomplish his work? Ted Bundy. And we all know how that worked out. Just ask Chi Omega. (Too soon?)
Want more? Yes, you do, my little chickens, yes, YOU DO.

band names from this episode:

And a nice, scary movie suggestion for you, to cleanse your palate, or, at least, burn off the adrenaline and righteous anger. Session 9. One of the spookiest scenes happens in broad daylight, and involves nothing but a conversation about Freeman’s methods for transorbital lobotomy over a lunch break. I think I might rewatch it myself tonight, so that no further doorjambs might be harmed in the making of this blog. –Carla
Here’s the trailer, my lovelies. Have fun: 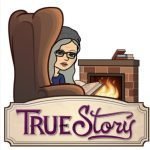 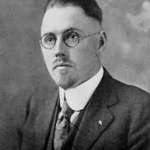 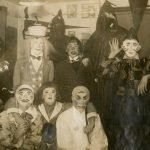