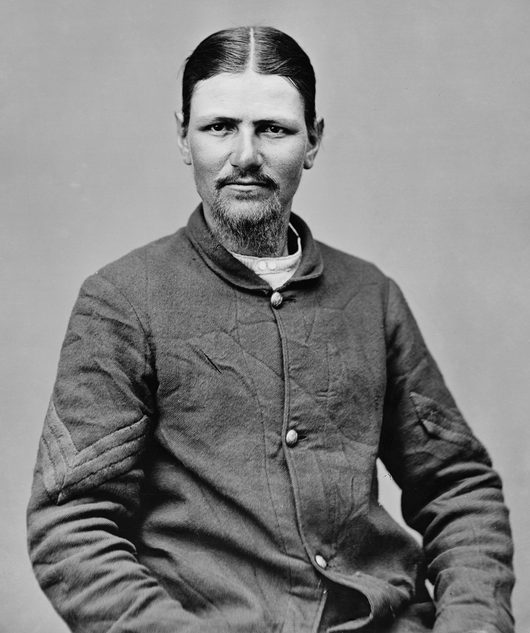 This caused Boston Corbett to have a weird tingling reaction in his pants.

“1800’s” and “self-taught” equals “get the puke bucket”. Something awful is going to happen.

Have you noticed, with regards to The Dollop, that whenever the YMCA comes up, the results aren’t cute? Don’t get me wrong, the Y does a lot of good, but in the Venn diagram of YMCA and Dollop, the collision area of the graph is Not Of The Happy.

For an excellent account of the Booth family before, during, and after the assassination, I highly recommend My Thoughts Be Bloody by Nora Titone and Doris Kearns Goodwin. The audio version kept me company many days and nights on the road as an in-home therapist. I cannot stress how, well, kooky (please excuse the professional jargon) Booth’s family was, and how they shaped his obsessive, competitive, and entitled nature into that of a killer.

Asia was named for the location, or so Junius believed, of the Garden of Eden. No word on the inspiration of her middle name.

With such a family, there are memoirs. Competing memoirs, the very best kind.

Right or Wrong, God Judge Me: THE WRITINGS OF JOHN WILKES BOOTH

I get the last word because I didn’t kill anyone: Booth Memorials: Passages, Incidents, and Anecdotes in the Life of Junius Brutus Booth (the Elder.)

Wanna see a real-life mercury-fried mad hatter? I know you do. You are a Dollop listener.

Okay, my gushy weird heart got a bit gushier when Patton, Gareth, and Dave sang the intro theme song to my favorite TV show, with inserted (pun intended) castration lyrics. It was gloriously sweet and twisted at the same time, with nostalgic icing. Gleeful sprinkles: I am net-friends with Lee Curreri, Carol Mayo Jenkins, and Valerie Landsburg, and am looking forward to passing it along to them. They will get a huge kick out of it. Everything’s connected! I told you so! Does anyone know the timestamp in this episode of the bursting into song? If you can find it before I can, I will appreciate it muchly. If I find it first, I will osogently` gloat.

If you are not as old culturally smooooth as I am, here’s the original:

Oh, did I forget something? Oh, yes, tenterhooks and all that. Kathy Bates. Thanks to Dave, I can get from Kathy Bates to John Wilkes Booth in a hop skip and a Bacon jump:

The Escape and Suicide of John Wilkes Booth (Annotated and Illustrated): Or The First True Account of Lincoln’s Assassination * Finis Langdon Bates, aka Kathy’s grandfather

Or the First True Account of Lincoln’s Assassination. Containing a Complete Confession by Booth Many Years After the Crime. Giving in Full Detail the Plans, Plot and Intrigue of the Conspirators, and the Treachery of Andrew Johnson, then Vice-President of the United States. Written for the Corrections of History

Again, let us hold hands and again share the Milk Sickness 311 milk challenge footage, live and in embedded color (I love the ’90’s, they were so weird to experience as an adult):