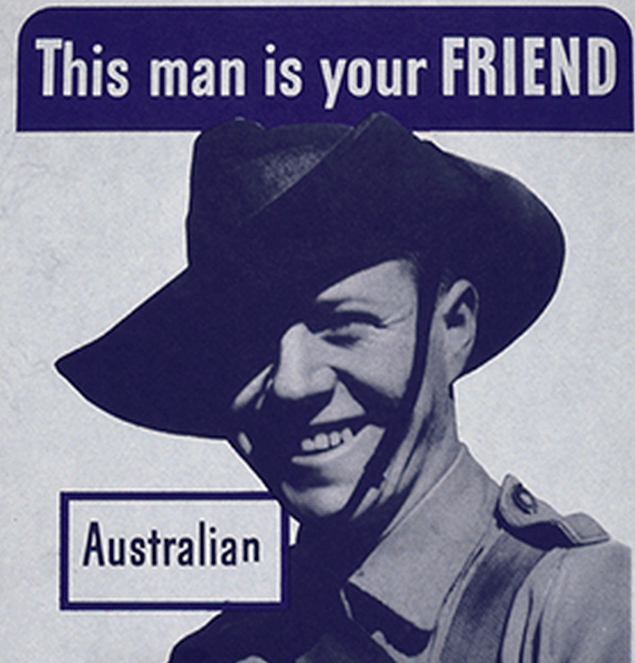 Douglas MacArthur, first off, had some clapback in him, which is impressive for the Great White Masculine Hope he was supposed to represent. Why would I say such a thing about the mighty commander? Because he said, and I carefully quote:

We are not retreating–we are advancing in another direction.

The Most Dangerous Man in America: The Making of Douglas MacArthur * Mark Perry

And then we have the Brownout Strangler, also known as the Singing Strangler…

Eddie Leonski iwas a United States Army soldier during World War II. He was also a serial killer responsible for the strangling murders of three women in Melbourne, Australia. Leonski was known as both the “Brownout Strangler”, given Melbourne’s wartime status of keeping low lighting (not as stringent as a wartime blackout) and also as the “Singing Strangler” due to his self-confessed motive for the killings being a twisted fascination with female voices, especially when they were singing, and his claim that he killed the women to “get at their voices.”

I wonder what he looked like. Could you tell, could you see it on his face that he was trying to squeeze ladies’ voices out of their throats?

The 1986 movie Death of a Solider (Rotten Tomatoes) depicts the events surrounding MacArthur and the Brownout Strangler, with Reb Brown as Leonski, Jon Sidney as MacArthur, and James Coburn as Major Patrick Dannenberg (fictional character).

Leonski’s murders were committed in Australia, and the trials were conducted in Australia, but under American military law. Because of these complications, his case contributed to the development of the modern Uniform Code of Military Justice (UCMJ).

Bands from this episode (so many bands, it’s Bonnaroo up in this bitch):

Silliness aside, Leonski did murder: