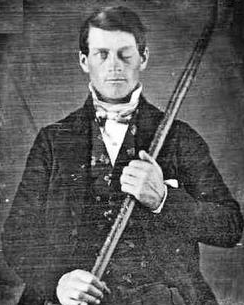 What I am about to describe is going to be the worst thing I have ever read on this podcast.

As someone with a psychology degree, I have watching for this one to come down the pike. (I briefly considered warning Gareth that Mr. Gage might show up someday, but that would have been Bad Form.) Gage is the darling of the academic psychology set: memory, cognition, personality, mood, pain tolerance…

…and lobotomy. (Go away, Dr. Freeman, no one was speaking to you. Keep your ice picks to yourself, there’s a good lad. Ya creepy bastard.)

An Odd Kind of Fame: Stories of Phineas Gage

Phineas Gage: A Gruesome but True Story About Brain Science

The Only Living Man with a Hole in His Head

The Tale of the Dueling Neurosurgeons: The History of the Human Brain as Revealed by True Stories of Trauma, Madness, and Recovery

The image of the impaled priest in The Omen

Adding more to the growing mythos of don’t let Carla babysit: like I said, not only did I know all about the Gageman, but the image I had in mind while I listened to Gareth’s soul slowly wither during this episode? A certain priest in a certain horror movie from the 70’s who suffered a similar fate: 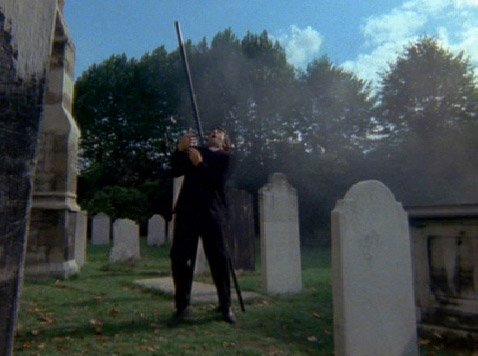 Remember, friends don’t let friends dig their fingers around in their brainmeat. Not without washing their hands, they don’t. Safety first.