I wish I had known her aunt was a weathervane before I married her.
–Dave

a bulldog running along at the feet of Jesus, barking at what He doesn’t like (source)

1. That’s exactly why we have the tag that’s not what Jesus meant. *bangs head slowly on desk*
2. I just don’t see the comparison. Maybe it’s me.

A lot of photography and original documents and objects still exist because holy shit she smashed saloons with hatchets. Americans memoralize that level of mayhem, for better or worse. Huge shout-out to Kansaspedia and Kansasmemory.org. I had a geekgasm. I really did. (TMI?) Behold, my chickies:
First and foremost, an example of the damage she and her groupies wrought: 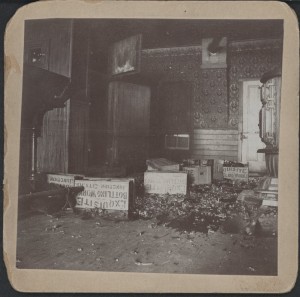 On this tour, she pissed off the crowd by commenting on the then-dying President McKinley. Not cool. Even teetotalers and bar room smashers didn’t talk smack about the President with a seeping–and growing–hole in his body. Crossed a line, boo:

The crowd turned against her when she said, “I have no tears for this McKinley. Neither have I any for his assassin. I have no sympathy for this friend of the brewers.”

*needle scratch off the record*
Yeesh.

And then there’s Carry’s purse, stocked full of hatchets, ready for smashing. What happened to a handkerchief, a little facial powder, a little money? No? Okay, hatchets it is, including tiny hatchets to sell. I present Carry’s merch bag. You do you, Carry. Don’t hit me.


And, before I go, about that syphilis…
It may have come from her first husband…orrrrrr, bear with me, it may have come from her birth family. Syphilis causes dementia and various forms of delusions…like thinking you are a weathervane, thinking you are the Queen of England, or thinking you should only walk on all fours. See where I am going? Careful with your Googling, by the way; what long-term syphilis does to the body is not pretty. I warned you. Anyway: congenital syphilis is syphilis passed down from mother to child, and can be latent, not showing signs for 40 years. Remember the cousin who was fine until his forties, then proceeded to walk like an ape? It could also explain the daughter’s never quite being well, because symptoms include flu-like symptoms: malaise, fever, pains, weight loss, etc. I am not a doctor, but I do have degrees in psychology and counseling, and I have studied families in which syphilis has been passed down, and the family has isolated themselves, and Bad Things Happened. I’d digress further, but that’s a trip down Serial Killer Road, so I shall stop her. Just food for thought.

But what I do know is that, while relistening to this episode, I kept thinking of three particular fictitious families: the Berrys, in The Hotel New Hampshire (bear costumes! brother-sister incest! living in a hotel! so much strange!), the Blackwoods, of We Have Always Lived in the Castle ( a personal favorite) and the Merrye family, hiding away in their decrepit mansion, keeping their genetic mutation secret and being herded by the family’s chauffeur, in Spider Baby.
A whole lot more going on in the Moore household than we will ever know, I guarantee it.
Now I’m going to go have a glass of wine and rewatch Spider Baby. Join me?
Band names from this episode: 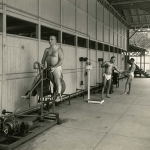 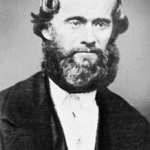