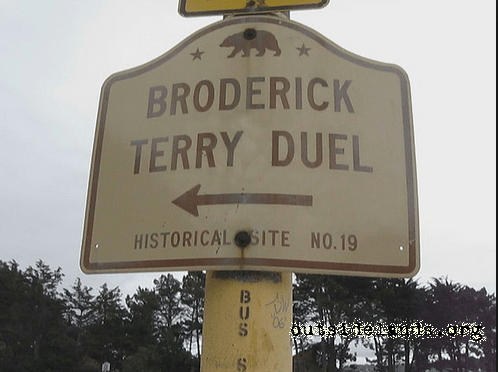 Dave: The local paper, the Evening Bulletin, wrote a story that City Councilman Casey had been stuffing ballot boxes. Casey responded by walking into the paper and shooting the writer in the head.
Gareth: …As long as they defined that act as an editorial, I think they’re okay.

Let’s start with Hurricane Sarah, the Little Wife That Could:

Beautiful and vivacious, Sarah Althea Hill was also mentally unstable and had a history of violent behavior. She carried a small-caliber Colt revolver in her purse and did not hesitate to threaten all who crossed her, even if they were Federal judges.

Personally, I would not be surprised if sometimes “purse” means “vagina”. It happens, and if anyone has done it, Sarah Hill Terry did it, yes ma’am.

David Terry carried a Bowie knife, so he had his bae covered, just in case. You got to back up your bad, no matter how crazy her crazy is…

No, I take that back.

Slow your roll. Sit down and have a think about your lady’s level of crazy. Is it reality tv crazy or changing the federal law to allow force in courtrooms crazy?

Machine Made: Tammany Hall and the Creation of Modern American Politics

Sterling Hopkins and the San Francisco Committee of Vigilance

The Rivals: William Gwin, David Broderick, and the Birth of California

I agree with Gareth and Dave; so many moments sound like those in movies. This is the one that kept going through my mind–the clear-the-room showdown scene in Unforgiven:

And one more thing…

These stories had more note-passing, second-hand messages, and gossip then my entire middle school experience plus Mean Girls plus all of Gossip Girl put together.

Mercy, mercy me. No wonder there were so many duels, with that much guy drama…