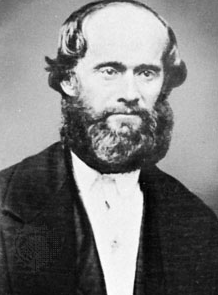 He was basically treated like a canned ham.
–Gareth

Fredonia gets a major shoutout in the Marx Brothers’ Duck Soup, as “Freedonia”. Groucho noticed it on the railroad station Dunkirk-Fredonia on the New York/Chicago line, and liked the name.

Seriously, how are you a Rube, a true blue Dollop fan, and you haven’t seen Duck Soup? It’s only the length of some Dollop episodes! Git! Go! Now.

I have my hands on my hips and this is my Serious Face.

So, we find ourselves in the Burned Over District again.
No graham crackers or cereal this time, folks. No dueling doctors, but pissing-match prophets.

(Let us take a moment of silence for that alliteration. Damn proud.)

If you are playing fantasy Mormonball, here’s a quick rundown so you can fill in your brackets:

very thorough Wikipedia page–really a portal–on the origin on American polygamy. I don’t use the word “thorough” lightly. Check it:

Scuttling is the act of deliberately sinking a ship by allowing water to flow into the hull. This can be achieved in several ways—valves or hatches can be opened to the sea, or holes may be ripped into the hull with brute force or with explosives.

And now, a musical interlude, a dedication for King James I of America. Young’uns, y’all are going to love this one:

and, the Kindle Single I am currently reading: The Polygamist King: A True Story of Murder, Lust, and Exotic Faith in America * John J. Miller

baptism of/for the dead/baptism by proxy/vicarious baptism: yes, it is a thing, a current thing. The LDS church received a lot of flak some years ago for baptizing people off the lists of victims of the Holocaust, as well as perpetrators. NOT a good look.

List of denominations/branches/breaches of the Church of Jesus Christ of the Latter Day Saints (LDS):

The Society for Strang Studies (No, I am not kidding, I would not tease about something so awesome)

And one final musical sendoff for our one and only American King (God, I hope), the Island King who could not be tamed, except by a bullet (too soon?)…

Oh, why not, let’s flashback to my senior year of high school. Hammer pants, let’s do this!