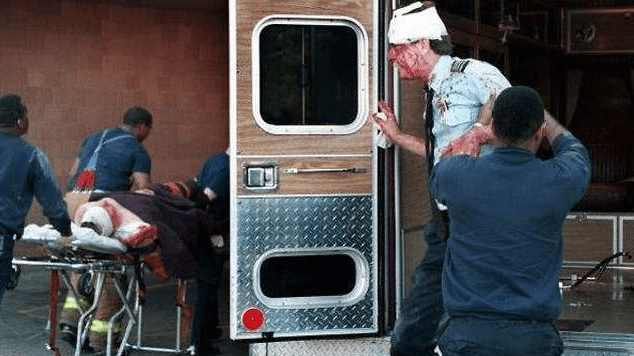 He put the lie in fly.
–Gareth

Cockpit Recorder Voice DataBase: the recording that Calloway tried to thwart twice, if you are into listening to attempted murders. Have at it.

Hijacked: The Real Story of the Heroes of Flight 705 * Dave Hirschman

Hugh Glass in a cockpit

other referenced episodes: The Pendragon, The Radium Girls

Going Postal: Rage, Murder, and Rebellion: From Reagan’s Workplaces to Clinton’s Columbine and Beyond * Mark Ames

For once, I can’t make my “not actual crime scene” joke, because HOLY G-FORCE VOMITBAGS

Decompress from that fucking barrel roll in a DC-10 by watching this dramatization from Discovery Channel Canada’s show Mayday:

Cultural references from this episode (so many movies):

Like any good horror fan, I have to leave you with another cliffhanging scare. Dig how many aviation accidents and “incidents” were logged in that same year alone:

I changed my mind, let’s end with some funny emergency endings: Airplane! and Airplane 2: The Sequel.