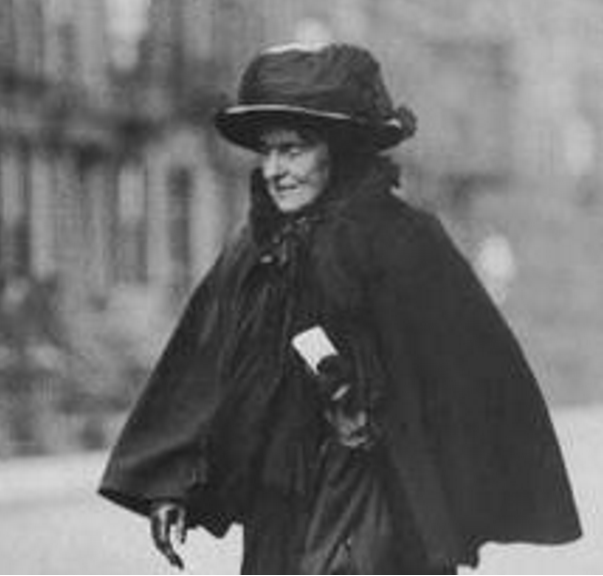 (P.S. He didn’t, but its founding is still pretty wonky.)

(P.P.S. Times like these are why the good out of bad tag lives and breathes.)

Along with Victoria Woodhull and her sister Tennie Clafin, Hetty was one of the first women to operate on Wall Street, and Dirty Hetty left her mark. And her stain.

I am Madame Ishmael, set against every man.

Sure. Call me Ishmael. Slow your roll, Dirty Hetty. Have a wet wipe.

Speaking of which, there actually is a children’s book about someone who is so funky that they grew plants out of their palms…and their ears…It was one of the many problems, solved delightfully through natural consequences, by Mrs. Piggle-Wiggle. Highly recommended, and very refreshing in this day and age of child-centered households and special snowflake indigo children: sure, go ahead, do it your way and carry it all the way to its natural conclusion, how did that work out for you? Seriously, these are fine books for the discerning Rube’s children. The pictures are also a hoot; all of them are illustrated charmingly by Hilary Knight, who also illustrated the Eloise series. I own Hello, Mrs. Piggle-Wiggle, and it contains:

Pretty good read for an election year, in my humble opinion.

I enjoyed a mighty cackle when Bing suggested a related personage in Leona Helmsley, the “Queen of Mean”. Damn skippy, sassy search engine. For you youngsters, Miss Mean was Patrick Bateman of American Psycho, without the charm. And cleaning up her carnage didn’t require tarps and a mop. Don’t believe me? I quote:

We don’t pay taxes. Only the little people pay taxes.

Before we go…you weren’t getting away that easily–books!

The Richest Woman in America: Hetty Green in the Gilded Age * Janet Wallach

Colonel Edward Howland Robinson Green and the World He Created at Round Hill * Barbara Fortin Bedell:

Colonel Green was a bright, intelligent man who encouraged technological research on his estate. He supported Massachusetts Institute of Technology in their research at Round Hill, had his own private airport, preserved the whaleship “Charles W. Morgan” and invited the public to come view it. He was a colorful individual, worth millions, and loved by many.

And yes, Hetty Green, who was listed in the Guiness Book of World Records as the world’s richest woman, looked remarkably like the homeless pigeon lady (played by Brenda Fricker) from Home Alone 2: Lost in New York. Behold: