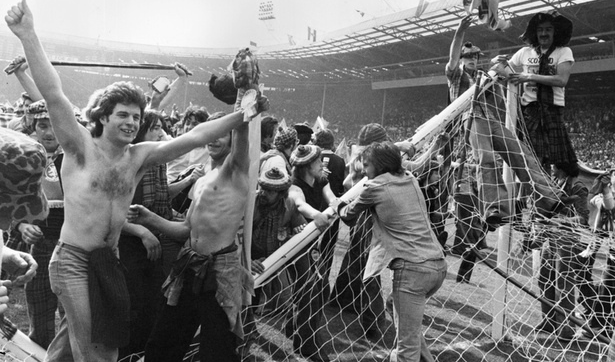 He threw a party to celebrate his leg being amputated.
–Dave
I wonder what was on the flyer for that shit.
—Dave Helem

Allan Huber “Bud” Selig: Commissioner Emeritus of Baseball: I’ll just leave this here and we will move on.

Bill Veeck’s page at the Baseball Hall of Fame

Caray joined the Chicago White Sox in 1971 and quickly became popular with the South Side faithful and enjoying a reputation for joviality and public carousing (sometimes doing home game broadcasts bare-chested from the bleachers).

Apparently, Howard Cosell blamed Caray for Disco Sucks, because Caray somehow, impotent up in his booth saying “holy cow!” and asking the crowd to disperse, contributed to the “carnival atmosphere”. Wow, too bad Cosell didn’t hang in there for the flash mob era. He would have plotzed, just lost all body hair spontaneously on air. “Can. You. Believe. This. Coordinated. Dancing. In Public. Chaos. Where are the police? Bedlam.”

And, give it up, he has his own bobblehead. His own talking bobblehead. I want one, not going to lie. Why? This:

We all need to resolve to be more like Woo Woo. Be More Woo.

really old Insane Coho site made by a Coho

Skip Saturday Night Fever. Not everyone will tell you this–SNF is a downer. I suggest a sleeper comedy: Thank God It’s Friday (1978). It stars a really young Valerie Landsburg (Fame), Terri Nunn (lead singer of Berlin), Debra Winger, and Jeff Goldblum, plus Otis Day from Animal House and Car Wash, and fabulous performances by The Commodores and Donna Summer. For y’all that are too young, it shows how people used disco as a second life–you were one person in the workaday world, another in the scene. Plus, it’s sweet and rather funny. I give you Chick Vennera: getting high, loving leather disco clothes, and dancing on other people’s cars. So much more fun than date rape and suicide, amirite?

Nestor Chylak: present at Ten Cent Beer Night, and present at Disco Demolition Night. Oh. Yeah. (Invite him to your block party at your peril.)

list of books, because you know me by now (books written by a Veeck in bold):

Veeck–As In Wreck: The Autobiography of Bill Veeck * Bill Veeck and Ed Linn

In between his romances with baseball, in early 1969 Bill Veeck took up the challenge of managing Boston’s semi–moribund Suffolk Downs racetrack. “Being of sound mind and in reasonable possession of my faculties,” Veeck wrote, “I marshaled my forces, at the tender age of fifty–four, and marched upon the city of Boston, Massachusetts, like a latter–day Ben Franklin, to seek my fame and fortune as the operator of a racetrack. Two years later, fortune having taken one look at my weathered features and shaken its hoary locks, I retreated, smiling gamely.“

I love this man. I am wiping happy tears, I’m telling you. That’s the American spirit, right there. Hmm, I’m never tried doing that. Okay, it didn’t work out.  Alrighty, then, back to baseball. It’s cool. My toes are still tapping.

Another Boring, Derivative, Piece of Crap Business Book: Make The First Basic Leap In Work in 100 Years, Laughing All The Way * Mike Veeck and Allen Fahden

I’ll take this over Steve Dahl any day, but that’s just me:

video of Dave, Gareth, and Dave in Chicago performing this episode 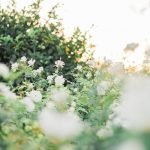 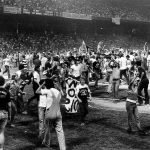 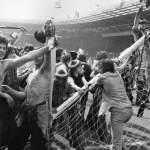 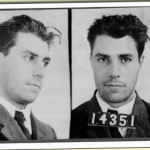