“The thing about Ferguson is, while a lot of it is about race, a lot of it is more terrifying and distressing because it’s about how America fucks over poor people…”
–Dave
“Hand me that Scotch.”
–Gareth

https://instagram.com/p/2oYfBEIQv6/
August 9, 2014: Michael Brown’s death was the first live-tweeted shooting.
Mach 3, 1991: Rodney King’s beating was the first live videotaped police brutality.
more gross American segregation: our swimming pools
more gross municipal chaos: rivers on fire
Look, it’s simple. If you squeeze a municipal area dry of resources, of finances, it becomes dangerous. Nothing is more dangerous than someone with nothing left to lose–no practical resources, and no spiritual resources, no hope. You’ve created a powder keg. Don’t understand? Watch or read The Hunger Games: Mockingjay. Watch the District citizens die in order to get smaller tasks done in order to further the rebellion.
It’s simple going the other way, too. Cops–and any other helping professionals–need to have excellent supports. I say this from experience, not as the white privileged asshole sitting in front of her keyboard, because I have done some gritty mental health work, in people’s homes. I have had encounters on the job that I have seen in horror movies. Case 39

, of course. Any rural horror movie, really, spooky house out in the woods with creepy family members . . .and The Babadook

could have been a training film for Reactive Attachment Disorder. I have worked with That Kid, and That Mother. So I know.
The professional needs to be able to say, without repercussion, that they feel that they cannot participate in a certain case. The professional needs to have access to some sort of EAP resources, and not be penalized for doing so. The police officers need to be trained regularly on the symptoms on burnout, and their superiors need to be trained regularly on how to spot burnout in their employees. Finally, supervisors need to be trained on how to spot bad eggs. Let’s be really honest. Some people chose to be cops because they want power, toys, and to smack weaker people around. Those people usually get vetted by the psychological tests, but not always–and people can change over time. People can change for the worse. People can become mentally ill, can become part of the herd mentality of the police department.
Only humor I have for you, my dears, is the most honest and brave depiction of ghetto life, of marginalization and disenfranchisement, of winning only to lose, on tv to date: Good Times

. Very educational, and fun and painful at the same time.
No funny bands for this episode.
Real music from real bands, political hip hop and rap, angry music that has been talking about this disenfranchisement and marginalization for decades, and are continuing to respond now. Listen. Play the music for other people, and educate them. Do something. People keep dying:

Broken glass everywhere
People pissin’ on the stairs, you know they just don’t care
I can’t take the smell, can’t take the noise
Got no money to move out, I guess I got no choice
Rats in the front room, roaches in the back
Junkies in the alley with a baseball bat
I tried to get away but I couldn’t get far
Cause a man with a tow truck repossessed my car
Don’t push me cause I’m close to the edge
I’m trying not to lose my head
It’s like a jungle sometimes
It makes me wonder how I keep from goin’ under…(full lyrics here, I’ll be honest, they made me cry)

Now I dialed 911 a long time ago
Don’t you see how late they’re reacting
They only come and they come when they wanna
So get the morgue truck and embalm the goner
They don’t care cause they stay paid anyway. . .
A no-use number with no-use people
If your life is on the line then you’re dead today
Latecomers with the late coming stretcher
That’s a body bag in disguise y’all, I’ll betcha. . . 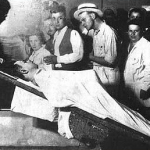 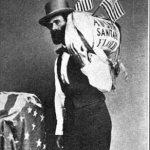