Dave: And then the robot broke.

Trying to make an exhaustive list of horror movies that includes Ouija movies and/or seances (and failing). Help me out in the comments, would’ja? Don’t let a long-time horror fan embarrass herself all alone like this, please.

The Changeling
–one of the best seance scenes ever (another thank you to my best friend, Joshua, for both the reminder, and this link: The Seance Scene from The Changeling That Kept Our Ouija Boards Locked Away For Good)

—the novel is also amazing, one of my favorites

Paranormal Activity–told you not to walk away, say Goodbye first, things go poof and boom–I love this particular scene

Also, one of my favorite independent/horror actresses, Kathleen Wihoite, is in it, so so double yay. This movie is also cool because it tries to explain the nature of possession through misuse of Ouija (progressive entrapment), characters actually research questions in (gasp!) books, and the movie is more low-key then a lot of ’80’s horror movies. Its two sequels, not so much.

Apparently Witchboard, like every other horror movie ever, is being rebooted. No, thank you.

Witchboard 2: Devil’s Doorway is fun, but that’s mostly it. I enjoyed it mostly for Laraine Newman as a stoned ex-hippie neighbor.

, but now I think I must–a stockbroker is encouraged by his boss to make better numbers by using the talk board! Get the popcorn!

All that business about did the Fox sisters pop their joints or not? Maggie cried foul, her sisters argued with her, and it’s a classic American family feud. Maggie’s confession as described by the New York Herald:

One moment it was ludicrous, the next it was weird.

–which could be the tagline of The Dollop, come to think.

Well, I had one thought while listening to this episode. I have an autoimmune disorder called Ehlers-Danlos Syndrome, the Hypermobility Type. Basically I’m double-jointed, that’s putting a cheerful face on a lot of pain. But my joints not only dislocate easily, certain joints can subluxate. That’s a fancy way of saying I am that creepy girl that can pop her left elbow as many times as she wants. Who wants to take me to prom? heavy expectant retainer mouthbreathing

It’s just a thought, not one I  would have considered before I knew what EDS even was. And it’s genetic, so…sisters…

history of the Ouija board thanks to cultofweird.com

And we must not forget…

the novel dictated from beyond the grave via the Talking Board to Miss Emily Grant Hutchings, forwarded and attested to by the one and only Mark Twain:  Jap Herron A Novel Written from the Ouija Board

I wish we had an exit interview with Twain. How priceless would that be.

The online Museum of Talking Boards

The Talking Board Historical Society, founded in 2013

The first OuijaCon was held in April of this year, 2015.

And, one of my favorite things from this episode, Elijah Bond’s gravestone: 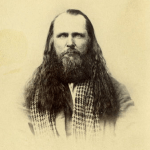