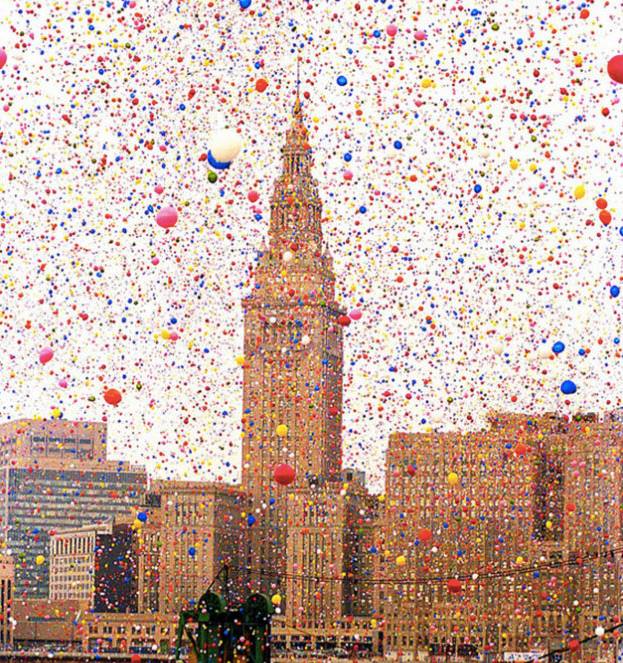 Gareth: I can’t wait to see how this gets fucked up.
Dave: Why would it get fucked up?
Gareth: Because we are talking about it.

What happened when the city of Cleveland tried to overcome the shame of Ten Cent Beer Night and the river of fire?
They tried to beat Disneyland’s anniversary world-record-breaking balloon launch in 1985, and to raise lots of money for the Cincinnati United Way. The balloon launch was set to occur on September 27, 1986.
What could have gone wrong?
Two men dead, prize Arabian horses permanently damaged, environment damaged from Ohio to Canada, international news coverage of the debacle. That’s all. No big deal.
But hey, it looked really cool for a millisecond, and that’s what counts.