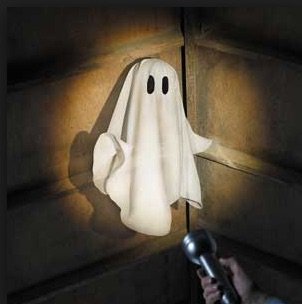 , Curse Of The Blair Witch

I love this series, love love love. The mockumentary Blair Witch Curse greatly added to the enjoyment, explaining the role of time in what happened to the students, and what has happened all along, and it’s also a great parody of documentaries in its own right.
MTV’s Fear
Celebrity Paranormal Project

: this show is a lot of fun, and I have explored one of the locations. Yes, I am an adjunct member of CPRI, The Center for Paranormal Research and Investigation. No hunting. My health doesn’t allow me to participate any longer. CPRI folks  base all investigations on scientific research, and approach everything from a skeptical viewpoint, i.e., what natural phenomena could be at play here is always the first question, rather than yay where are the ghosts and demons? No running to the press, no stunts. So, the location I was able to visit and investigate was Waverly Hills (shown in the first episode), the tuberculosis sanitarium. I experienced one event: my hair was stroked in front of a witness. Why do I mention the witness? Because my hair was lifted away from my head and stroked, as if someone were playing with it. How? I don’t know. But it did. Twice. My husband (LARRY) experienced something caught on camera during the episode. When Hal Sparks is doing automatic writing (I love that I have been put in a position to write that), look at the floor in the hallway. You’ll see a line of twinkly lights, almost like Christmas lights, and then they are gone. Larry saw the same lights. Cause? I don’t know, he doesn’t know.
I have a better personal ghost story, much better, but that is for another time, another entry.
The awesome Poltergeist

(original, thank you) closet scene, for your edification and enjoyment:
https://youtu.be/csE4aeFrmJY
It is my firm opinion that this movie and It are the reasons so many members of my generation have coulrophobia, fear of clowns. Think about the timing: Poltergeist came out in 1982 (I was ten), It the novel was published in 1986 (I was 14), and It the miniseries came on TV in 1990 (I was 18). Prime maturation points there, people. A clown doll, one King, and toss on some spicy Curry. Boom.
But I digress. As usual. What? I’m good at it.
Popobawa seems to be repulsed by the Koran, rather than the Bible, and some claim he (it?) appears more often during election seasons. It was investigated in the Destination Truth

episode “Bat Demon”.
Gina Lanier: main site, “Sex with Real Ghosts“: includes spectrophilia (not a thing), and acarophilia (she actually meant knismolagnia)
Anna Nicole Smith’s supernatural sex
Kesha on having sex with a ghost
National Geographic: Sicily Crypts: Where the Dead Don’t Sleep: Get your mummy dust right here! Fresh hot mummy dust!
Now, you know you ain’t getting away from your librarian without a reading suggestion, right? No whining, I’ll make it quick.
Lilith : The First Eve: Historical and Psychological Aspects of the Dark Feminine * Siegmund Hurwitz
Demon Lovers: Witchcraft, Sex, and the Crisis of Belief

Ghosts: True Encounters with the World Beyond