Jean Lafitte, the pirate who tried to shanghai Glass–he didn’t know who he was messing with
Fort Kiowa, South Dakota (formerly Fort Lookout)

Fort Atkinson, Nebraska (to add to confusion, it is in the town of Fort Calhoun, and there is more than one Fort Atkinson, thanks, guys)
Fort Union Trading Post, North Dakota/Montana
Fort Henry on the Missouri River
North American fur trade
List of American Indian/First Nations tribes by geographic region at the Library of Congress
That rendering of Hugh Glass–who, by the by, is wearing a necklace of bear’s teeth, because OF COURSE HE IS–should be in the dictionary under stubbornness. Why? Let me let cheaperthandirt.com tell you better than I can:

All his weapons, equipment, and protective clothing were gone, taken by the two men responsible for his burial. His leg was broken, and the rest of him was hardly better off. The bear attack had cut him so badly it exposed rib bones on his backside. He had lost a lot of blood, and his wounds were festering. Alone and defenseless, he was more than 200 miles away from the nearest settlement, Fort Kiowa. He set his own broken leg, wrapped himself in the bear hide that had covered him in the grave, and started crawling.
It took Glass six weeks of crawling on his hands and knees to reach the Cheyenne River, 100 miles away from his grave. The bear had nearly torn off his scalp. He suffered from fever and advanced stages of infection. To prevent gangrene from progressing in his wounds he lay back on rotting logs and let the maggots eat his dead flesh away.

Two things bear intense attention. One: he crawled for six fucking weeks. To use my favorite Stephen King expletive, jumped-up Jesus on a sidecar! Two: he deliberately introduced maggots into his wounds in order to move the process along. Okay, okay, I’m rotting, let’s go, ain’t got time for this shit.
Oh, and once the maggots were finished? He sewed that bearskin hide to his now wide-open back. Good times.
I need a moment.
He crawled for six weeks?! I have fibromyalgia, and EDS, which means everything hurts, and my joints sometimes wibble-wobble, so I understand a smidge, just the tiniest smidge of Hugh’s ordeal, the tiniest, but…he.crawled.for.six.weeks.
One more from cheaperthandirt:

Hugh Glass later admitted that he was motivated to survive only by revenge.

Yep. That was some hate-fuck crawling. Makes perfect sense.
When I was re-listening to the episode to take notes, I kept thinking of the scene in Rob Zombie’s Halloween where the redneck yells at Michael’s momma, “Bitch, I will crawl over there and I will skullfuck the shit out of you!” It always makes me horror-laugh, every single time. That kept running through my head, I imagined Glass dragging his open carcass through the American wilderness muttering the names of the trappers that took his supplies and left him for dead, reminding himself of why he was crawling, punctuating the list with grunted “skullfuck you, skullfuck you to death, skulllllfuck…”
To paraphrase George Carlin, these are the thoughts that hold me back in life.
The 1971 movie about Glass is called Man in the Wilderness (inspired title); he was played by Richard Harris, and it was directed by John Huston.
Yes, the Leonardo DiCaprio movie about Hugh Glass is apparently in production, according to IMDb: The Revenant, based on the book by Michael Punke: The Revenant: A Novel of Revenge. Leonardo looks good in the publicity stills, but you know who I see in my head?
The Walking Dead, Season 5, Andrew Lincoln, before the hot shower, deep into the stink and the beard, and the hunger and the anger:

Cultural references from this episode: both horror: Halloween and Friday the 13th. Makes perfect sense. Woods + scary big man with impossible injuries that Just Keeps Coming = Hugh, Michael, and Jason
Now let us let our skullfucking bearskin prince mountain man, our “hobo with a purpose”, to quote Dave, rest. Good night, Lord of the Grizzlies. No more crawling for you.

Previous: Ghosts     Next: The Tank Chase 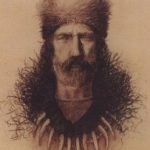 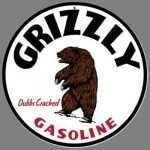 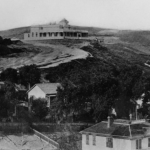 The Revenant (2015) trailer: First Glance at the Glass

The Revenant (2015) trailer: First Glance at the Glass