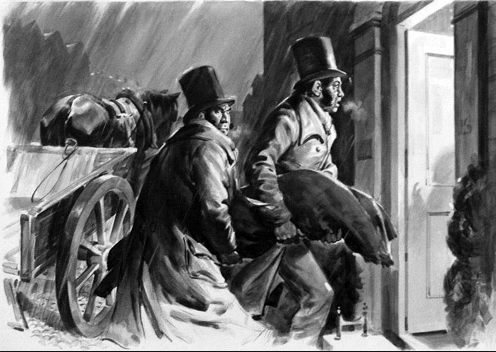 America’s first riot: the Doctors’ Mob Riot of 1778, pitchforks and torches and all
So many awesome-sauce quotes from this episode. So. Many.

William Henry Harrison and the boy snatchers
Dakota War of 1862: part of the Sioux Wars and the Civil War

As I’ve said, I took Forensic Anthropology at UNCC. Prominent at the back of our lab was a giant saucepot, the type you use to make spaghetti or stew, on steroids, sitting on a recessed stove, the type used at campsites built into the wall. Seriously, the pot was nothing special–the lab assistant simply went to Williams-Sonoma and requested the largest available. It was used for exactly was stated in this episode, and exactly what you are afraid I am going to tell you: for removing remaining flesh from bone. I’m sorry. At least I didn’t make any jokes about soup of the day. I’m so sorry.

I highly recommend this book: The Whole Death Catalog: A Lively Guide to the Bitter End

. Harold Schechter is a incredible author and professor at Queens College. He manages to make death both fascinating and funny. Lots of original documents, including advertisements for such things as the grave torpedos, are included.