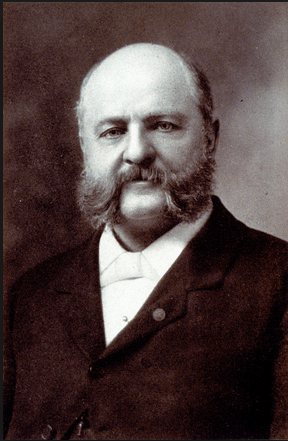 That’s the closest he’d ever come to an actual discharge.
–Gareth

Thanks to my best friend, Joshua, for doing some of the sexual apparatus research for this history. He is, ah, more fluent in this arena than I. Sir, I salute you. –Carla
YMCA in the USA
End of the Civil War –> “sporting men” –> gasp leisure time –> idle times devil’s playground blah blah blah blah –> gambling erotica smut boobs drinking smoking whores erotica masturbation sex booooooobs
The above equation means an erection-aneurism for Comstock, yes sir boy howdy. Ain’t no fun ’round here, and definitely no sex. Other people are fucking, by God, and Comstock is NOT HAVING IT. And he found like-minded people with money. Because ‘Murica. 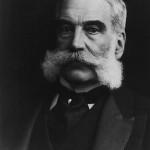 That style of facial hair is a signal; underneath it lies a sneaky bastard that thinks you should not be able to drink alcohol or have any sexual pleasure. Run!

Outlawed!: How Anthony Comstock Fought and Won the Purity of a Nation * Charles G. Trumbull
Imperiled Innocents: Anthony Comstock and Family Reproduction in Victorian America * Nicola Kay Beisel — I include this book especially for its cover, because it made me laugh out loud. We had that very painting, of a naked woman, bathing outdoors, in my house when I was a teenager. In the dining room. Which faced the front door. Yeah. I had to suck it up and learn from my hippie mom really quickly that naked was just that, naked, no big deal. It could be beautiful, titillating, shameful, awkward…it depended on how I wanted to look at it. Thanks, Mom. And thanks, naked lady in the lake.

It’s about to get real dreary up in here. So I would like to interject with a little interlude. Ladies and gentlemen, I present Victoria Woodhull, Comstock’s nemesis, twerking Victorian American style. You’re welcome.

And then comes March 3, 1873.  The Comstock Law was passed:
The Comstock Law is a federal act passed by the United States Congress on March 3, 1873, as the Act for the “Suppression of Trade in, and Circulation of, Obscene Literature and Articles of Immoral Use”. The Act made it illegal to use the U.S. Postal Service to send any of the following things:
erotica
contraceptives
abortifacients (anything that could cause a miscarriage)
sex toys
or any information regarding the above items. (more information at medlibrary.org. I recommend pouring a stiff drink first.)
Read that last line again: Any information regarding the above items. That is a terrifying blanket statement. That means I couldn’t write a letter to a younger female relative, counseling her on how to be safe sexually, in a personal letter, because I would be imparting information on contraception, possibly sex toys (talking to her about pleasing herself and her partner without having intercourse), and erotica (all of the above). A personal letter. Now I need a drink.
So, here’s a big fuck you to Comstock and Jesup: Paul de Kock’s erotica is available for free at Gutenberg. Volumes of it. Gobs and gobs of it. Grab it with both hands, boys and girls.
Why am I so disturbed? For one, the above–private communication was grossly restricted. Yeah, you couldn’t order a dildo…but you couldn’t talk about one, either, in private, not and use the postal service. Plus, Comstock aggressively entrapped many sellers of books, magazines, and accoutrements (I wanted the excuse to use that word today, thank you), going after them with gusto and zeal. We could say sexual fervor. Also, look again at that seal–it depicts the burning of books. That is just vile. Vile.
Finally, he bragged about his level of destruction. He loved to boast that he was responsible for the destruction of 5 tons of books, 284,000 pounds of plates for printing “objectionable” books, and nearly 4,000,000 pictures; 4,000 arrests; and 15 suicides. He bragged about being the catalyst for 15 suicides. I kick ass for the Lord, indeed. Asshole. (Yes, that is a gratuitous pre-LOTR Peter Jackson reference. Look it up.)
One of those suicides was Ida Craddock (1857-1902). He drove her into the ground with prosecutions and arrests until she chose to stop fighting.

At age forty-five, she saw her five-year sentence as a life term and so committed suicide, by slashing her wrists and inhaling natural gas from the oven in her apartment, on October 16, 1902, the day before reporting to Federal prison. (wikipedia)

Emulating the magnificent efforts of Anthony Comstock, after whom his grandson was named, he leveled a varied assortment of uppercuts and body-blows at liquor, literature, vice, art, patent medicines, and Sunday theatres.

Let us look at some more awesome: Victoria “I Do What I Want” Woodhull. Yes, ma’am.
Comstock hated Woodhull and her sister, Tennie Claflin. Hated. How much? As much as Mrs. White hated her dead ex-husband:

(Please don’t tell me if you are too young to get that reference. Watch and learn and hush.)

Notorious Victoria: The Life of Victoria Woodhull, Uncensored
The Woman Who Ran For President: The Many Lives of Victoria Woodhull
Yes, she did. She was the first female stockbroker on Wall Street, and she ran for President, and she didn’t care what anyone thought. Including Comstock. And nothing burned Comstock’s britches more.
Oh, and that minister Woodhull exposed for having an affair, Preacher Beecher? Yeah, he was well-known and much-beloved, but it goes deeper than that. Rabbit-hole deep. Yes, he was a hypocrite, preaching against the free-love doctrine that he was practicing all over that young lady, Elizabeth Tilton’s body. But it goes further, concerning American history. One, because he was a well-known and powerful figure in the abolitionist movement, and two, because his sister is the “little woman who started the big war”, according to Abraham Lincoln.
Yep. His (probably embarrassed by the whole Beecher-Tilton scandal) sister was Harriet Beecher Stowe, and she wrote Uncle Tom’s Cabin.
Boom.
I live for this. Six Degrees of Kevin Bacon has nothing on my weird brain. I told you it’s all connected.

And definitions for Dave and Gareth:

Parting morsel to think about. It’s not funny at all (a lot of this isn’t–Comstock’s beard is, though, and I take heart in that), but it’s important). If your words and your purchases related to sex do not belong to you, and can be both legislated and punished, what does that say about your body at this time? Redefining Rape: Sexual Violence in the Era of Suffrage and Segregation 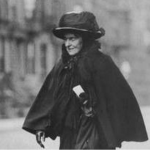