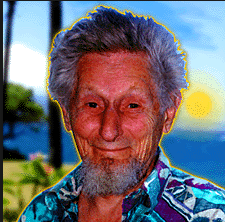 We found out later that when you take a floatie and put it on a hard thing that it goes squishy-squish.
–Dave

Filed under things not to do in college:

At Dartmouth, Lilly launched into the study of anatomy, performing dissections on 32 cadavers during the course of his time there. He once stretched out an entire intestinal tract across the length of a room to determine its actual length with certainty, causing much consternation in one of his professors who happened by. (Wikipedia)

Just picture that, let that one simmer in your brain juices for a moment.
I admire the restraint in the phrase “causing much consternation”.
See, if you go to a state school, like I did for undergrad, your professor, entering a classroom to find straightened-out guts on the floor, yells expletives that have never been compounded together like that, ever, creating disgusting and marvelous new vulgarities and probably violating several nuisances laws (I do live in the South.)
He or she then stomps of for a stiff drink, after delivering a swift kick to the fucking intestine stretched out in the room they were going to use for the guest lecture but no, not any more, the dean is going to fucking hear about this…
–and scene.
Ivy League? Much consternation. I guess the professor just required a little antacid? An extra hamstring stretch before afternoon tea?
(I went to a state school for undergrad, private school for graduate school, so I fall in-between in my reactions to the outrageous. I can be a restrained lady even in the face of the unbelievably asinine, if I must, but I can also create some fabulous compound vulgarities myself. Yep, that BU tuition was allll worth it.
Proof? I recently railed at Walter White’s emotionally-stunted, selfish wife, while watching Season 2

with my husband, and I called her a “grasping cuntwaffle”. I am exceedingly proud of that one. I might add that to the inappropriate cross-stitch pile. –Carla)
Ah, but I digress. There’s both illegal drug dosage to man and beast, and bestiality, afoot! And I have photos and video. Shall we continue?
New York Post: I had a sexual relationship with a dolphin

Daily Mail: The woman who taught a dolphin to speak, and then…

Dolphin sex: Everything you need to know about the new documentary The Girl Who Talked to Dolphins

Annnnnnd I’ll just leave this here: where-to-float.com/john-c-lilly
Can I just ask you a favor, as your sweet, doting Dollop librarian? Don’t dose animals. It’s not cute. As the guys said, you can’t explain to them what’s happening, you can’t sit them down, tell them to relax and look at the lava lamp. Please. It’s abusive. (So is fucking them, by the by.)
Cultural references from this episode:

Need more zoophilia? (Don’t answer that.) The Case of George Spencer should tide you over.

Previous: Vampire Panic     Next: The Pendragon