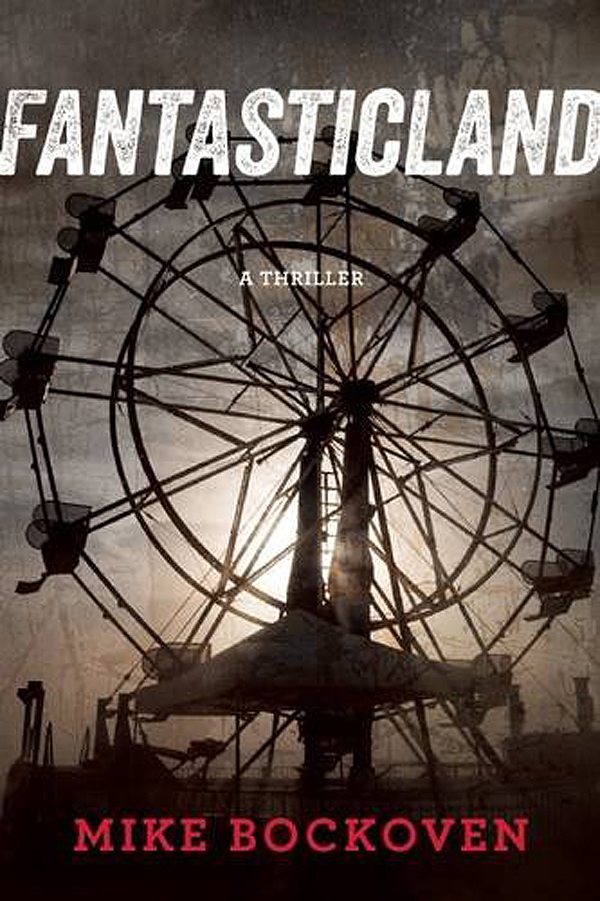 Episode with Mike’s interview: “Everything That Was Hidden Now Surfaces” Congratulations, Mike! If y’all haven’t read #Fantasticland yet, it’s the perfect Halloween read.

A quick story behind this photo – it was taken at the Omaha Barnes and Noble the day my book was released. I had a special trip planned for the day including seeing my book in a store and Godzilla movies at the Omaha Draft House with my buddy Chad. We get to the book store and FantasticLand isn’t on the shelves.

Not being a natural extrovert I didn’t want to go up to the staff, push my glasses up onto my nose and say “can you put my book out, please?” So Chad, being a good friend, went and asked for me. They brought it out, I got my photo and he captured the moment.

This is a long winded way of saying I’m not overly comfortable promoting myself. Part of it is imposter syndrome, part of it is my natural inclination to keep my head down. But that day, Chad did the hard work for me and in the three years since, many, many of you have joined in. Since the book has come out, it’s received over 2,300 ratings on Goodreads, sold over 15,000 copies, gotten a paperback run, been optioned for film rights and brought me into the orbit of some truly awesome people.
I can’t say “thank you” enough to every single person who has read the book, recommended it, rated it (even the bad ones, seriously), and reached out to tell me about it. I’ve even gotten fan fiction, fan art and wild speculation about the book on social media. I can honestly say my life, the last three years, has been some of the best of times because of all of you.
I’m still not really great at promotion, so I’ll say “thank you” again and get back to writing. Hopefully there’s more to come.

{"cookieName":"wBounce","isAggressive":false,"isSitewide":true,"hesitation":"","openAnimation":false,"exitAnimation":false,"timer":"","sensitivity":"","cookieExpire":"","cookieDomain":"","autoFire":"","isAnalyticsEnabled":false}
wpDiscuz
We use cookies in order to give you the best possible experience on our website. By continuing to use this site, you agree to our use of cookies.
Accept