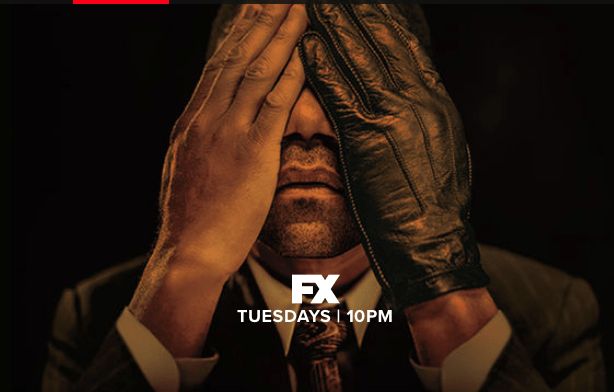 I was 22 years old when we all learned, to our national chagrin, two phrases: “slow speed chase” and “gavel to gavel coverage”.

Did you order pizza that night? #thepeoplevojsimpson

If you’re not watching American Crime Story: The People v. O. J. Simpson, you should be. (You can catch up on the official site. You’re welcome.) They’re doing a masterful job. It’s interesting to see Dollop lessons interwoven (yes, indeedy, it’s not just “the race card”, the LAPD has been corrupt since the beginning, every Rube knows that). It’s horrifying to watch what Robert Kardashian wanted for his family, and to watch his family in those moments just when they realized how tasty fame can be.

So, yes, I have Dollops for you, and OF COURSE books to read, and one personal memory. I want to share with you one of the best things I’ve ever done. I rarely talk about this, because I didn’t perform this act for attention. It was a beautiful, private moment between two people…but I think now, decades later, it’s okay to unpack.

April 29, 1992: The four LAPD officers are acquitted for the beating of Rodney King, which was filmed on videotape. You could watch them do it, and they were found not guilty. Rioting begins in South Central Los Angeles in response, and the LAPD’s response was to retreat, sending the message that the people were on their own.

Reginald Denny, a truck driver who mistakenly drove into the rioting because of a malfunctioning radio, was dragged from his truck and beaten by six men on live television. The video still exists; it’s embedded below. Also on that video, an unidentified man and Fidel Lopez are beaten. Incredibly brave people saw Denny’s beating on TV and ran out in the violence to help him: Curtis Yarbrough, Bobby Green, Titus Murphy, Terri Barnett, and Lei Yulle. They rescued him and his rig from the rioters.

Some of the same men that nearly killed Denny set upon Fidel Lopez, dragging him out of his vehicle and beating him with metal and stomping him. They tried to cut off his ear, they painted him black. Then, the Reverend Bennie Newton, who had been on the way to a peace rally, placed himself in a prone position over Lopez’s body, yelling, “kill him, and you have to kill me, too!”

Now, what does any of this have to do with a very pale East Coast college student, who was watching the riots unfold on her safe tv in her safe climate-controlled apartment?
I couldn’t get Rev. Newton out of my head. See, I knew about venturing out into the monster-haunted night. I was being stalked by my ex-boyfriend, the ex-boyfriend that had sexually assaulted me. Every look out a naked window, every unprotected night breeze was a dare of danger, either a benign moment or an invitation to the dance. I knew terror, the terror of the dis-integrity of my skin. How much more exponentially terrified had Reverend Newton been when he, alone, confronted the wilding group, and then turned his back on them to protect Lopez with his body, knowing that act might be his last?

1993. I sat in my apartment, afraid to retrieve a book from my car, and knew that I needed to reach out to Newton. I needed to hear for myself that he was real, to speak to him, to hear warmth and bravery and hope, and to tell him I heard it.

So I called LA 411. Luckily, I connected with the sweetest operator ever, because I had no idea where in LA Rev. Newton actually lived. She laughed, not unkindly, and said, “Baby, LA is a really big place. You have no idea.” But she worked with me, and used her coworkers as resources, and found him.

A young girl answered the phone–pre-teen maybe? I asked for the reverend, and–“DAD!”

I stumbled through my introduction, probably sounding much younger and sillier than I was, and then finished with a rush of “so I just had to tell you I am so glad you exist!”

“And I am so very glad you exist, my dear. I needed your phone call today.”

He asked if he could say a prayer, I said yes, and we prayed together. We told each other we loved each other, and he told me not to forget how brave I am. He then again told me that he had really needed just such a phone call that day…and that was it.

So, yeah. That’s my private good deed. I didn’t change the world. I just called a kind stranger on the phone. But I felt like a better person for having done so, and I get that same feeling every time I remember it.

And yes, I did feel braver about the monster-night.

The Dollop: Hell, yes, the LAPD might have been a hot mess from the get-go:

So, there’s the shaky foundation. LAPD,  plus the Watts riots (six days in 1965), plus so much more racism from the municipal level upwards…plus Rodney King’s beating and the subsequent acquittals and riots (six days in 1992). The city was still rebuilding and shaky when only two summers later, in 1994, a black man living in “white LA” (Brentwood) was accused of killing his white ex-wife: June 12, 1994.

Books about the O. J. Simpson case I have read and do recommend:

In 2006, HarperCollins announced the publication of a book in which O. J. Simpson told how he hypothetically would have committed the murders. In response to public outrage that Simpson stood to profit from these crimes, HarperCollins canceled the book. A Florida bankruptcy court awarded the rights to the Goldmans in August 2007 to partially satisfy the unpaid civil judgment, which has risen, with interest, to over $38 million.

The Goldman family views this book as Simpson’s confession, and has worked hard to ensure that the public will read or listen to this book and learn the truth. This audiobook was produced from the original manuscript approved by O. J. Simpson, with additional insight from the Goldman Family, Pablo F. Fenjves, and Dominick Dunne.

Listening to this audiobook was incredibly eerie, thanks to the masterful choices of narrators. I came away convinced of his guilt. Either he is guilty, or completely insane–no other explanation for writing this book, and I say this with an M.Ed, in counseling in my back pocket.

Books I am planning to read: