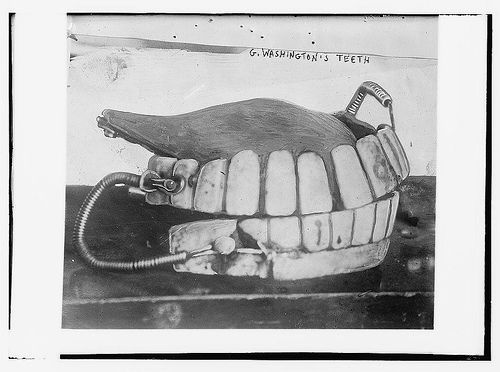 Okay, we’ve talked about how vicious George Washington’s death was, covered in episode 101, and how he hung in there like a warrior. Bad medicine tag has never been so appropriate, right?

Plus, we’ve both discussed and looked at his painful choppers via episode 13. Odontophobia (and incredibly puffy mouth and sore gums) ahoy!

President Washington, The Dollop has shown, was a badass. Sick days–pishposh!

Turns out that he was even more of a badass–and even sicker.

The evidence, thanks to Ancestry.com:

In the 18th century, when bleeding was a cure-all, and tuberculosis, to quote the minor prophet Crazy Ralph, “It’s got a death curse!”…
George had tuberculosis TWICE. And just, apparently, shook that shit off while Getting Things Done.

Ye gods and little fishes. Verily, I am impressed.