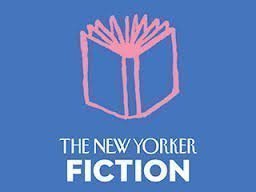 Episode: A. M. Homes Reads Shirley Jackson, at NewYorker.com and at iTunes

Why I chose this one: It’s the venerable New Yorker. You’re being read to by the author of The End of Alice, one of the most astounding novels I have ever read. And Homes is reading the horror story. When “The Lottery” was first published in The New Yorker in 1948, people had a visceral response, along the lines of Orson Welles’ War of the Worlds reading ten years earlier. The public knew it was fiction, but it still twisted and prodded their lizard brains until they had nightmares about their neighbors and their employers.

It still chills, zero to the bone (thank you, Emily Dickinson), even today–it has lost no power behind its punch. Enjoy.

Novels and Stories by A. M. Homes

Novels and Stories by Shirley Jackson