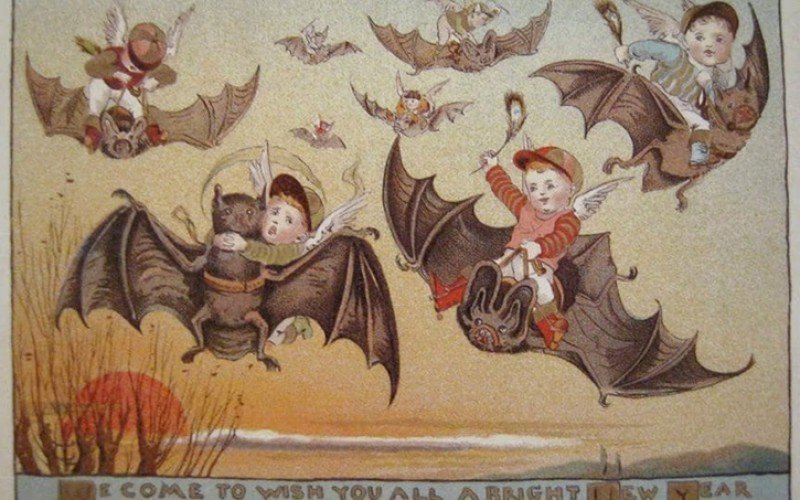 Stories read in this episode:
“A School Story” by M. R. James and “The Open Window” by Saki

The horror subgenre called Christmas horror was started by the Victorians. The Victorian era encompasses the reign of Queen Victoria: 20 June 1837 until the day of her death, 22 January 1901.

A Christmas Carol was originally released in serial form in a British periodical just before Christmas in 1843, the very same year the first commercially produced Christmas cards were sold and sent.

The Audible recommendation for this episode is the version of A Christmas Carol narrated by the sublime Tim Curry. Just go to www.audibletrial.com/mightbecupcakes.

M. R. James, the provost of King’s College, Cambridge, would have his servants make wassail and eggnog, and would invite friends and select students to his rooms on Christmas Eve, where he would gather them before the fire and read to them a scary story he had written just for the occasion. Those stories are anthologized in the two-volume set Ghost Stories of An Antiquary.

Other major storytelling names in this horror subgenre of Yule horror:

Latin from A School Story:

Also referenced in the episode:

Oh, and the batty featured image for this post? It’s an actual Victorian Christmas card (source: artuk.org/discover/stories/art-matters-podcast-weird-dark-and-wonderful-victorian-christmas-cards). Because when the Victorians thought of Christmastide, they really did think of horror.