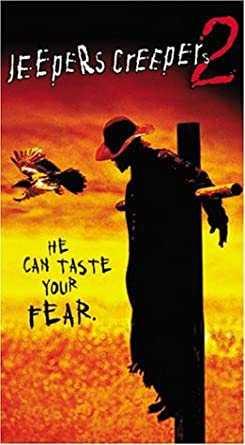 From Letterboxd (please feel free to follow me there):

1. Ray Wise is awesome in horror.
2. It’s early in the year for a state football championship, way too early.
3. Where are the rest of the cheerleaders? Driving home?
4. Does the “lady cheerleaders” comment mean that a couple of the guys are cheerleaders?
5. That language choice of “it gets to feed” rather than “it feeds” is odd—like we all agreed that it could to save us from it feeding all the time, like The Purge.
6. Where’s the cheerleading coach?
7. Where’s all the football equipment and their cheerleading uniforms? There’s no room on the bus for it. So many forgotten details. Except for the lettermen’s jackets, they all look like they came from the mall, not a football game.
8. Close. The. Window.
9. The mythology is interesting, wrt it’s knife and its carvings, and how human it acts. I vacillate between it being a demon, and it being human once upon a time, and now some bizarre human-bat-cicada-who-knows-what humanoid.
Looked like on the flip side of the knife that it was worshipped at one point?
10. “I’m not a complete idiot, some parts are missing!” Famous last words.
11. I think I might get in the “duck and cover” prepare for a crash position on the floor between the seats and stay there.
12. Damage the wing while it is dangling. You have javelins. Damage the wing!
13. “You know what I found out today? When people get really scared it’s like when they get drunk. The real person comes to the surface.” 👏🏻
14. The wings, especially their veins, are really cool.
15. When Ray Wise shows up this turns into a scary action movie. No complaints.
16. Why didn’t those kids get off that bus?
17. Why didn’t she open the cab door for him?
18. Holy shit, that was a good stunt.
19. That upper nose slit on the monster for extra sniffing is genuinely creepy.
20. Now it is really acting like a bug. Gave me the shivers.
21. The dad’s setup/rig on the top of his truck looked like the bug on the top of the exterminator’s truck. Didn’t notice that the first time.
22. Eww. A bug carapace.
23. So did Rhonda live, or did being pushed out of the truck kill her?
24. I like that legend tripping became part of the story.
25. The aging makeup on Ray Wise was done quite well.
26. Does the creature have a dick? It looks like it has a dick there in the barn, all desiccated.

It’s now available on Blu-Ray, so you can see all those shirtless boys in high-def.