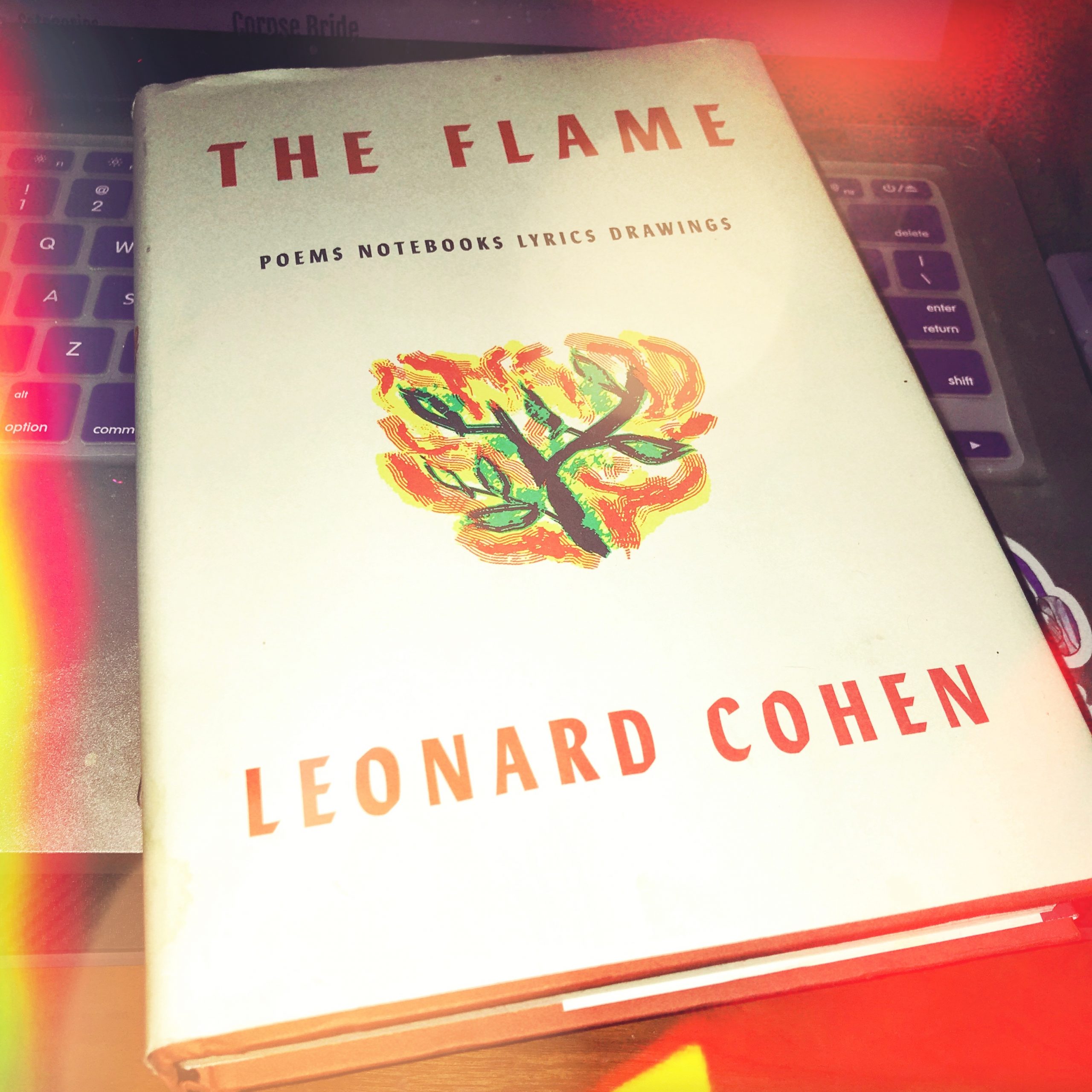 There Might Be Cupcakes Episode 56: Happy Socks and the Flame
In which I tell two stories about finding cupcakes in the darkest of times: one is one of my own, one is one of Leonard Cohen’s. URI: https://link.chtbl.com/theflame and in bio
#hope #advent #faith #sexualassault #suicideawareness #leonardcohen ♥️♥️♥️🧁🧁🧁
#bookstagram #bookpodcast #bookpodcaster #bookpodcasts #trypod #podcast #beyourownheroine #podcasts #theremightbecupcakes #podernfamily #ladypodsquad #readersofinstagram #chronicillness #chronicpain #spoonielife #spoonie #zebra #spooniestrong #zebrastrong #zebrapodcaster #spooniepodcaster #disabledpodcaster 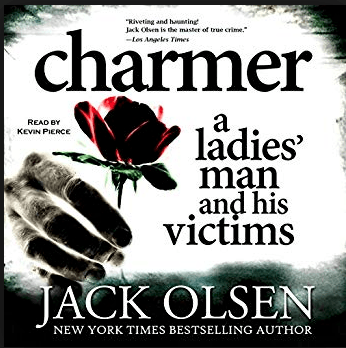 Charmer: The True Story of a Ladies’ Man and His Victims by Jack Olsen


Minus one star for the misleading (and arguably offensive) title and subtitle. The only way “Ladies’ Man” applies is if you are looking at the “Charmer” as an incel pickup artist. Which may be the point–I don’t know. He’s a scam artist, a profligate user of young women, and a rapist/murderer. So perhaps the title and subtitle are in supremely bad taste, or just ironic. I know that if the man in question had raped or used me, or murdered someone I love, I would not be pleased with such irony. This guy is a fast-talking charmer in the fact that he got his own ways for so long–but still. As the victim of sexual and domestic violence myself, it just sticks in my craw. I’m usually not so sensitive to such things, so when something like this really does bother me, I pay attention.

I listened to this book on audio, and it was another enjoyable narration from Kevin Pierce. Pierce is my go-to true crime audiobook narrator.

Leave a Comment
Upcoming Local True Crime: Help Save the Next Girl 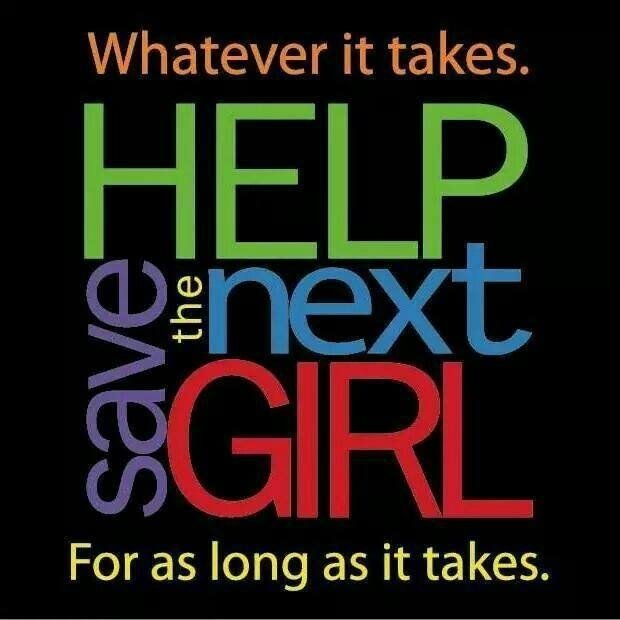 Upcoming Local True Crime: Help Save the Next Girl

Published June 6, 2017 By Carla
This entry is part 1 of 4 in the series Against the Peace and Dignity of the Commonwealth

A great day! Help me WELCOME Roanoke City Police Department’s new Help Save the Next Girl patrol car! Patrol units will be in it responding to 911 calls 24/7. Help Save the Next Girl’s President and Founder, Gil Harrington, remarked: I am absolutely thrilled that Roanoke PD is literally “taking it to the street.” When Roanoke police officers patrol in their new Help Save The Next Girl themed vehicle they will be constantly broadcasting a message of protection in our community. We are grateful for the opportunity to participate with Roanoke PD in this clever and innovative safety campaign. 241 Gil and Dan Harrington

Along with my usual fare of literature, storytelling, and things that go boo, in the next few weeks and months I am going to be telling some local true crime stories, but in my own unique way, naturally. All will have happened (or be happening) either here, in Virginia, or my home state, North Carolina, and I am sticking to cases that I experienced as a citizen.

To launch this loose series, I give you the first national PSA of Help Save the Next Girl, the amazing educational and empowerment nonprofit founded by Gil Harrington, Morgan Harrington’s mother. I will post this video with its full information and links to Help Save the Next Girl on the website momentarily. Please check HSNG out: they have amazing safety tips that don’t just apply to Virginians or to Americans, and you can start up your own branch–even in your middle school! They have materials designed for different developmental levels, designed not to frighten but to empower.

I posted this information on the Facebook page, along with Help Save the Next Girl’s very first national PSA. Here I’ll post their 2017 PSA, along with their links. Be safe, and keep each other safe.

Help Save the Next Girl 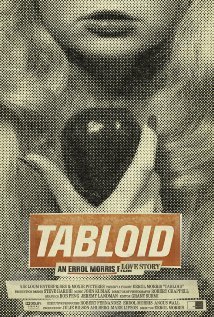 Errol Morris is the master of the quirky documentary. So much love. Just watched Tabloid

–it’s about a woman who stalked, kidnapped and raped a male Mormon missionary. It’s also about those same two people having an epic love story the likes of Romeo and Juliet and Brother Sun, Sister Moon. It just depends on who you ask. See, Morris approached this subject brilliantly as point-counterpoint; he let the subject, Joyce McKinney, tell her version of a section of the story, then let other players, the press, the law, tell that part as they experienced it. Fascinating. For, if you listened to McKinney alone, you might almost believe her version.

So she tells her version, everyone else tells their version, she’s tried in British court–

and then things get weird.

For the record: McKinney is asked by Morris if a man can be raped by a woman, and she makes a rather offensive comment, in my opinion, in her negative answer. Let me say that rape is not about successful erection, which can actually be induced through fear. Men absolutely can be raped by women, and that rape absolutely does not not have to involve vaginal intercourse to be rape.

if you need to speak to someone, RAINN now has a secure and anonymous online survivors chat: rainn.org/about-national-sexual-assault-online-hotline 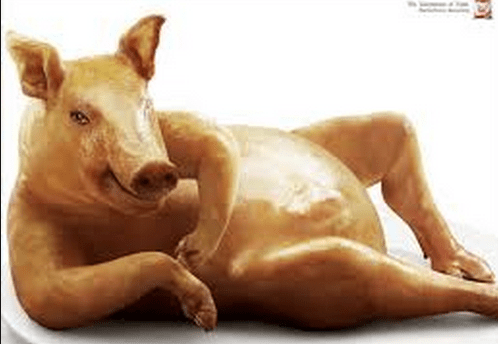 I am going to bust out several words that could break your browser. I am going to therefore do the heavy lifting for you, and, for each, send you to a helpful and not-too-frightening site. No spooky popups or ensuing emails. Pinky swear.

For buggery, that link explains the legal definition and legal history of the term. It has expanded to be a term to refer to sex with non-consenting partners: bestiality, necrophilia, pedophilia, rape.
Be glad, my little chickies, that I searched for you. My search engine wears a condom, and I still yelped out loud at the top results for zoophilia. Three porn sites beat out Wikipedia. No, I will not show you where to go. Just that “animal” and “love” were featured in the urls. No, no no no.
What’s so funny in the case of George Spencer is that grown-ass men looked at Spencer, with his ugly mug and missing eye, and then looked at the new piglet, with its ugly mug (I cannot imagine piglets come out first thing sparkly and adorable, it’s not like human babies do, let’s be honest) and missing eye, and thought Spencer was its daddy.

Itt had no haire on the whole body, the skin was very tender, and of a reddish white collour like a childs; the head most straing, itt had butt one eye in the midle of the face, and thatt large and open, like some blemished eye of a man; over the eye, in the bottome of the foreheade which was like a childes, a thing of flesh grew forth and hung downe, itt was hollow, and like the mans instrument of generation. (from the original source, quoted from executedtoday.com)

Read that last part again: it looked like a dick. Poor piggy.
Anyhoo, I know genetics wasn’t explored until the 19th century, but, um, had they ever experienced this before? Buggery has been a problem, enough so that they had a ready-made punishment for it; were there really that many fatherless sheep, pigs, and goats running around, needing a farmyard Big Brothers and Big Sisters program? Use your noggins, y’all.
And what was that punishment? Well, George saw a repentant child molester being horse-whipped; he figured whipping was better than hanging, and confessed to riding the pig and fathering the pig. He was sentenced to death anyway, so he recanted. He went to trial, with the stillborn one-eyed piglet as the required witness to the crime.
Give me a moment to imagine this delicious moment of American jurisprudence. Ahhhhh.
Okay, so Spencer was hung, and the already-dead piglet was re-put to death by the sword. Way to show ’em who’s boss.
So, the first white person to be executed in America 1) died protesting his innocence, and 2) only had his retracted confession and the “words” of a dead piglet as evidence against him.
‘Murica!
more information, in the wonderfully titled article In a Pig’s Eye
And then we have the unfortunately named Thomas Hogg, down Connecticut way. Here we go again. For Hogg, we have perhaps my favorite sentence ever written in a Wikipedia article:


his appearance offended his neighbours.

I am a good person, but I took such unbridled, nasty glee in copy-pasting that sentence that I am a little concerned for myself. Maybe some volunteer work is called-for. Yes, that’s it.
In 1647, he was already awaiting trial on charges that included indecent exposure when two piglets were born in New Haven that looked like Hogg. So the sensible, calm action, of course, was taken; Hogg was asked to prove his guilt by stimulating the sow.
Wait, what?
Slate magazine: In early America, animals took the blame for zoophilic sex
My master’s degree is showing again, sorry about that. But trust me, this is the fun part of human behavior, and Krafft-Ebing was the trailblazer of the bedroom: Psychopathia Sexualis: The Case Histories

Can’t we get away from this for one Dollop? Feels like the last three have been ‘And, of course, your body is going to be raped by cows.’
–Gareth

1882–Chinese Exclusion Act–first immigration restrict law in the Unites States, upheld into 1924–You can see the original document at ourdocuments.com.
The Weaverville Joss House is the oldest continuously used Chinese (Taoist) temple in America. Built in 1874, to replace another that had burnt, it contains art, mining tools, and weapons used in the 1854 Tong War. (I wanna go. Somebody come get me. I’m on the wrong coast. I’ll make you cookies.)
One of the house’s latest restoration projects has been the Lion Dance costume:

Donaldina Cameron, the Angry Angel of Chinatown, AKA Bad Ass Bitch, AKA Another Awesome American We Didn’t Learn About In Public School Damn It. While the men were being funneled into California to work the gold mines, the women were being trafficked as sex slaves in secret corners of Chinatown, for life. Donaldina Was Not Having It, and not only rescued these girls and women, but raised them as her own family members.
The Donaldina Cameron House still works with Chinese Americans today to fulfill their needs: 920 Sacramento Street, San Francisco, CA 94108 415-781-0401
Fierce Compassion

: The Story of Donaldina Cameron * Kristin and Kathryn Wong

. The TV movie version is also quite good; the manufactured “vintage” footage of the Chinese miners is so realistic it made me extremely uncomfortable.
Band names from this episode: