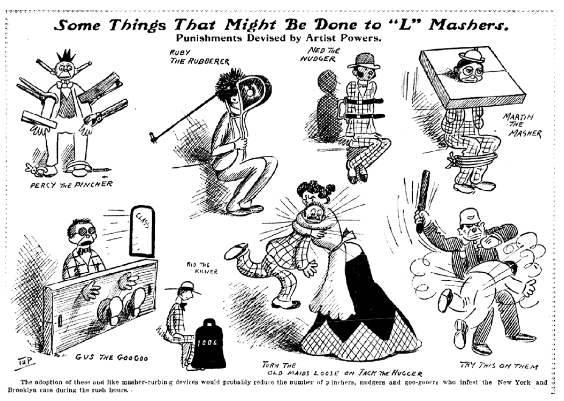 You made my fun parts feel weird; wanna get coffee?

Ah, yes. We have been down these roads before, and now we stand at the crossroads of the heights of ridiculous fashion (i.e. practical fashion overblown to unbeforeseen heights) and the sex police (sexism + misogny + sexual laws + you can’t wear that or go there or think like that). Add in a big lump of I get to touch what I wanna touch. History repeating, as the song goes. Oh, look, a music video interlude from the 1990’s to ironically (in the Alanis

way, love you, girl) to prove my point!

Note: all directly related episodes listed and linked at the end of this entry.

, the wonderful sketch comedy show, had a series of sketches where Ruth Buzzi

had to fend off the same masher over and over, using her purse rather than a hatpin. Why no hatpin? Because her character sported a stylish hairnet:

I love you, Ruth, always have. Not just saying that because you follow me on Twitter. Not just. But also.

I went hunting for the etymology of masher, because, if you have not noticed by now (and, if you haven’t, drink more coffee, love), I am fascinated by words. I found this likely candidate at Oxford Dictionaries:

…so a “masher” would be someone who pursues sexual attraction. LOVE ME HEY WHERE YOU GOING CHICKEN BABY?

What really caught my attention is the first section of this second definition of mash, the first being, of course, to smoosh something the hell up, like potatoes. Mmmm, mashed potatoes.

The first definition is a dandy, or rake, or man about town. Rake is outdated slang meaning

A fashionable or wealthy man of immoral or promiscuous habits.

So, a guy of higher class (read: Daddy’s money) who has nothing better to do than stroll about town and irritate and frighten women.

I want to fake-cough so many famous surnames right now, but I also don’t want to go to court. So I’ll just split the difference and suggest you read some Dominick Dunne

. It’s just a reading suggestion, that’s all, nothing to see here.

Mash is still with us, which you know if you’ve even breathed in a room that was airing an ad for Jersey Shore

. Mash lives on in euphemisms for sex: smoosh, smash, etc. Maybe it’s just me, but I don’t like to think of my fragile and kind ladyparts and a potato masher in similar contexts. Ow. No. OW.

Now, I suspect that our modern use of “chick” came from this time’s usage of “chicken”, but I couldn’t find proof. However, the words chicken and cock share etymology, and cock goes in all sorts of directions sexually for a guy, including cuckolded, which refers back to a woman’s behavior…so my educated guess is yes, “chick” to refer to a woman comes from the 19th century masher’s “chicken”.

A note on women alone on the street: The reason this was unusual was that, as we learned in the Post Office episode, high class women were chaperoned everywhere. Once you were old enough to be considered a woman (longer skirts, gentleman callers, old enough to be a commodity to your father let’s be honest) your virginity required a chaperone. Lower class women were worked out. In metropolitan areas, this meant live-in household work: governness/nanny, like Jo March, briefly, in Little Women

; cook’s apprentice; or live-in teacher for the area, like Laura Ingalls in These Happy Golden Years

. Those of no means and/or who had committed crimes were in the women’s poorhouse or women’s prison. Those remaining women who walked about alone, with no husband or mother or governness to chaperone her, were, in essence, streetrabble. They either were eventually headed for the poorhouse or prison, or, they were asking for masculine attention in one way or another.

And, as a grand finale: It ain’t The Dollop if a paraphilia doesn’t show up now and again, nice and not easy-like. All that “helping” of women on and off the streetcars? That’s called frotteurism, which is the practice of touching or rubbing up against the clothed body or parts of the body of an unconsenting person in public as a means of obtaining sexual gratification. Named by Valentin Magnan, explored by your pal and mine Richard von Krafft-Ebing–and didja catch the key word? It’s illegal.

Would you like a stabby-stabby example of one of the larger ones? I know you would.

and the holy-cow shocker of how-dare-women that ended the Hatpin Horror, as explored by my darling F. Scott Fitzgerald: the short story “Bernice Bobs Her Hair“. 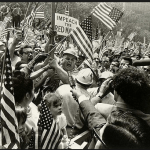