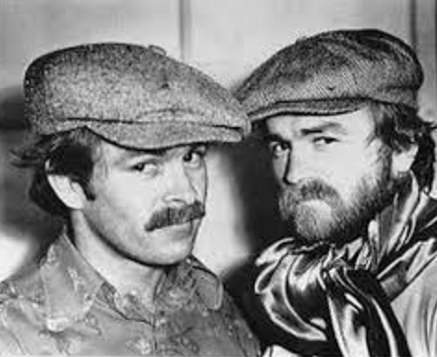 Okay, y’all. These are the gold nuggets that I mine that you live for. BEHOLD:

Martin Luther King, Jr. and Jefferson Fuck Poland wrote letters to each other.

Digest that. Take it into your brainpan and let it marinate. I am clutching my pearls with joy. Say it with me, Rubes: Everything is connected.

Poland’s letter is undated; Dr. King’s response is dated November 16, 1962. Screenshots are below. Poland’s is not the easiest to read, so I have also typed it for you, because I think how he wrote is important–you can see the very beginning of digging it and feeling it, man.

This is something I think you will want to know.

A few weeks ago a man in Panama City, Florida, one Ross Mullin, sent you a poem which criticized prejudice. (Since you were out of town, your secretary sent him a form reply.)

This man was my grandfather. He had been against Jews and Negroes almost all his life. When I had gotten thrown in jail for sit-ins, he had been shocked and angered. Finally, after some 60-odd years of hate, he grew to the point where he wrote you that poem. I had not had time to write him of my pride ad joy before I got a telegram telling me he is dead.

As you Christians would put it, he died in a state of grace, newly found. I’m not religious myself, but I think there must be something divine in Man, that he continues to grow until the hour of death.

This is why I love history, y’all! I am chair-dancing.

The Sexual Freedom League: founded by Poland and Leo Koch in New York, 1963;

…unleashed with a national splash in San Francisco in 1965–the”Nude Wade-in” was led by Poland, 23, Ina Saslow, 21, and Shirley Einseidel, 21 at Aquatic Park, a public beach;

…brought to Berkeley by Poland in 1966 with a loose organization, and spread from campus to campus with its message of free love and political reform, especially concerning the repeal of laws against censorship and abortion

If a political group wants my attention, a nude wade-in to the surf would definitely get it. I’d at least show up to take pictures (so many pictures) so you’d get your fliers in my hands, that’s for sure.

Poor zoning decisions were made:

And yes, Poland is now listed as a sex offender, and yes, he did change his name to Clitlick. Woman’s perspective here, from experience: the more a man randomly, and publicly, brags about his prowess at oral sex, the longer the distance you, as a self-respective sex-positive woman who loves her vagina, should stay away from him. It’s a pretty accurate sign of a Creepy Dude, in my consistent experience. Pro tip: men who are truly skilled at it discuss it in private, at appropriate times.

Want to see the list of aliases? It’s a doozy–here we go!

I’m mentally adding “Freedom” as the middle name to each where applicable, so that lengthens the list…

Sex, Drugs, and Hindu Gods: The Story of the Psychedelic Venus Church (thanks to archive.org)

The main critique of the movie was that it made no sense. –Dave

By the by, Chambers ran for Vice President of the US. Twice.

the Meese Report, aka the Attorney General’s Commission on Pornography, ordered by President Reagan and published by AG Ed Meese in 1988: full text at porn-report.com

and, if you’re not done yet (I’m done, y’all): Episode 4: Ghosts (and Ghost Sex) and that time I read that leisure suit ad in Full Sex Voice for your listening pleasure (or amusement)

Okay, I have enough for a second entry, so a sequel will have to do. I am tapped out for now, and I need a wet wipe.