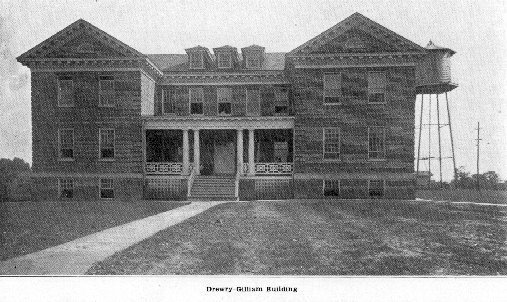 So he’s saying remove the baby batter from the worst and you’re only going to get the good societal pancakes.

This is the episode that has been coming since before the podcast’s inception.

Eugenics is one of those topics, like the Stanford prison experiment, learned helplessness experiments with kittens (you don’t wanna know), the Tuskegee syphilis experiments, and Stanley Milgram’s experiments, that we with degrees in psychology silently carry around with us. (And there’s more that I am being kind by not listing, so much more.) We look at the rest of you and think

“I want to scar you with this knowledge…or do I?

Maybe you need one more tequilla shot first to ease the information bullet I’m about to shoot at you?

Or maybe you don’t. Maybe you chew too loudly one. more. time.”

We do. We really do. It’s a beautiful burden brought on by education.

So I’m going to bring the pain here. Also, remember, I have actually worked with clients, using said education. . .

who used to live at a Virginia Training Center, the one in Lynchburg, which was originally named the “Lynchburg State Colony for Epileptics and the Feeble Minded.”

And I watched Milgram’s actual experiment films at Yale.

I HAVE SEEN SHIT AND KNOW THINGS.

Okay, first, I live near the Lynchburg State Colony for Epileptics and the Feeble Minded, and it still exists. It is in the slow–as in govermental-project-slow–process of closing, as are all the similar state-wide projects, but right this very second it is open and serving consumers. Yep. Some of them were my clients at one time–and I have some details about that in a minute. The hoo, boy kind of details..

It has a much nicer name, or at least, a more benign name. These Colonies across the Commonwealth of Virginia are now called Training Centers. I live about thirty minutes away from the Lynchburg State Colony for Epileptics and the Feeble Minded, now known as the Central Virginia Training Center. And believe it or not, a lot of consumers and their families are opposed to the Centers’ closings. Some of the occupants have never lived anywhere else, and have such profound needs that it is extremely difficult for them to live at home or in a residential setting.

The land it stands on was originally deeded to Western State Psychiatric Hospital (which is also still in operation, and I had a client who went there, as well–you don’t go there just to be evaluated and have your meds adjusted, let us say), It’s on the James River in my county, Amherst. Now read this from asylumprojects.org:

The facility was originally designed to serve 100 persons with epilepsy, to be drawn from the 3 state mental hospitals (Western, Eastern and Southwestern) existing at the time. The first patients were admitted on May 16, 1911.

Epileptics were put in state mental hospitals before this–and this was even before the government got going on forced sterilization! Imagine–all that is wrong with you is a seizure disorder, and you’re forced to live in the likely hellhole that is a state mental hospital at the turn of the 20th century. I can hear and smell the horror. So the above creepy building with the offensive name of the Lynchburg State Colony for Epileptics and the Feeble Minded was probably the Promised Land for these folks. Ye gods and little fishes.

In 1913, the Center’s facility superintendent spoke out against general sterilization as a policy for the residents:

sterilization “can never become a general procedure, on account of the many objections that can be raised to it, nor in practical results compare with … segregation and custodial control…” (4th Annual Report, 1913). (asylumprojects)

Great, right? Only for a hot minute. The Carrie Buck case became law, and:

Acting pursuant to a Virginia law (Chapter 394, Acts of the General Assembly, 1924) that was upheld by the U.S. Supreme Court in Buck v. Bell, the facility embarked on an ill-advised program of involuntary sterilization, combined with routine appendectomies, of so-called “mental defectives with cacogenic potentialities” (19th Annual Report, 1927-28). Although “Eugenic” sterilizations were last noted in the facility annual report for 1956, medical sterilizations may have continued until 1972.  (asylumprojects)

Hey, did you catch that one? See, in the helping professions, documentation is mandated by law. Not just that you have to do it, but how you do it, when you do it, how you store it, all that good stuff. The Powers That Be stopped documenting it in 1956, but there’s evidence it went on until the year I was born, 16 more years! Good times.

original text from the period: Being Well-Born: An Introduction to Eugenics by Michael F. Guyer (free on Kindle)

original text from the period, horrified counterpoint by the amazing mind of G. K. Chesterton: Eugenics and Other Evils (free on Kindle) — there’s also an annotated version that is not free, for those who wish to delve deeper

original text from the period, orginially published in Good Health magazine in 1913: Eugenics by Irving Fisher

Three Generations, No Imbeciles: Eugenics, the Supreme Court, and Buck v. Bell by Paul A. Lombardo

Three generations of imbeciles are enough.

Takes a little shine off his namesake Sherlock, doesn’t it? Just a little.

Shout out the the author, Paul A. Lombardo. From Carrie’s Wikipedia page, emphasis mine:

Paul A. Lombardo, a Professor of Law at Georgia State University, spent almost 25 years researching the Buck v. Bell case…Lombardo eventually found Carrie Buck and was able to interview her shortly before her death. Lombardo has alleged that several people had manufactured evidence to make the state’s case against Carrie Buck, and that Buck was actually of normal intelligence. Professor Lombardo was one of the few people who attended Carrie Buck’s funeral.

So first, fuck every single one of you who faked evidence so that Carrie, her daughter, Vivian, her mother, Emma, and her sister, Doris, could be sterilized. We do not know what descendants were snuffed out by that vile, violating act–what people this world needed that will never be. Plus, you murdered Vivian, because, when you sterilized her at age 8, she died a month later of a bowel disease that can be contracted from unsterile operating procedures or hospital surroundings. And 8-year-olds are small, and I’m not certain I trust a 1932 surgeon messing around in the bowel cavity of a child giving her a hysterectomy not to make mistakes.

Oh, and there’s no evidence that Vivian was anything but of average intelligence. But, you know, her mom and grandmother were disgusting, so, oh, well, gotta break some eggs to make an omelet.

Imbeciles: The Supreme Court, American Eugenics, and the Sterilization of Carrie Buck by Adam Cohen

War Against the Weak: Eugenics and America’s Campaign to Create a Master Race, Expanded Edition by Edwin Black

Hitler really was a fan of our policies. We’re partly to blame, people. We turned that monster on. Oh, he was already a monster, he just grooved on our eugenics laws hardcore.

And I have further bad news. Planned Parenthood is a wonderful organization now, but it was founded on the cornerstone of eugenics.

I’m so sorry to be the one to tell you, but yeah, eugenics are a huge part of why its founder, Margaret Sanger, got its ball rolling:

Read that particular title again slowly. Tastes awful if you read it out loud. I don’t recommend it.

original text from the period: Woman and the New Race by Margaret Sanger

original text from the period: The Case for Birth Control by Margaret Sanger

Obedience to Authority: The Experiment that Challenged Human Nature by Stanley Milgram

The Stanford Prison Experiment: A Psychological Experiment About the Exploration of Human Behavior Under Imprisonment by Gabriel Dischereit

The Lucifer Effect: Understanding About How Good People Turn Evil by Philip Zimbardo (creator of the Stanford Prison experiment)

By 1914, the organization had become the American Genetic Association and the magazine was renamed The Journal of Heredity. On display here are the first issues of both publications. Included among the Association’s Committees on Breeding…was one on eugenics. In the first issue published under the new name, Alexander Graham Bell, who would serve as the honorary president for the 2nd International Eugenics Congress in 1921, contributed an article entitled “How to Improve the Race.” (missouri.edu)

Oh–that extra stuff about my clients? Without divulging personal information, I know from my work that, in decades past, if there were behavioral problems interfering with toothbrushing or if a resident was prone to biting, all a resident’s teeth would be pulled. My understanding is this practice was common across the board from such “colonies”. So it is not uncommon to meet a lovely person who spent their early years in such a place and is toothless, and is way too young to be so.

‘Cause far be it for an orderly or nurse to have to work a little harder to do their job, learn new behavior management techniques or self-defense techniques. Nawwwwwwwwwww.

The Training Center has inspired a book of poetry, about which I am quite curious: The Virginia State Colony for the Epileptic and Feeblemind: Poems by Molly McCully Brown

The Manic Street Preachers also wrote a song about it, “Virginia State Epileptic Colony” on their Journal for Plague Lovers album:

They sit around tables rendered dumb
Colored sticks of chalk are passed around
Today the doctors allow the illusion of choice
Tomorrow the necks split, there is no voice

Carrie Buck was buried in Oakwood Cemetery in Charlottesville, VA. I have mucho doctors’ visits that way; I will pay her a visit and get a photo, maybe take her some flowers, also get a photo of her historical marker.

I want to leave you with this thought: Imbecile was once a legal term in the United States. Y’all have a good day.

I know so much more, and there’s so much more from the episode, but I need to go pet a puppy.