Load More... Follow on Instagram
Contents hide
1 True ghost stories as told by Carla, round one:
1.1 Books recommended in/for this episode (all added to the podcast bookshelf on Goodreads):
1.1.1 book which I used to verify my experiences with hearing family members go through their routines yet not be home:
1.1.2 true ghost stories:
1.1.3 and fiction:
1.1.4 read in episode:
1.1.5 music in this episode: 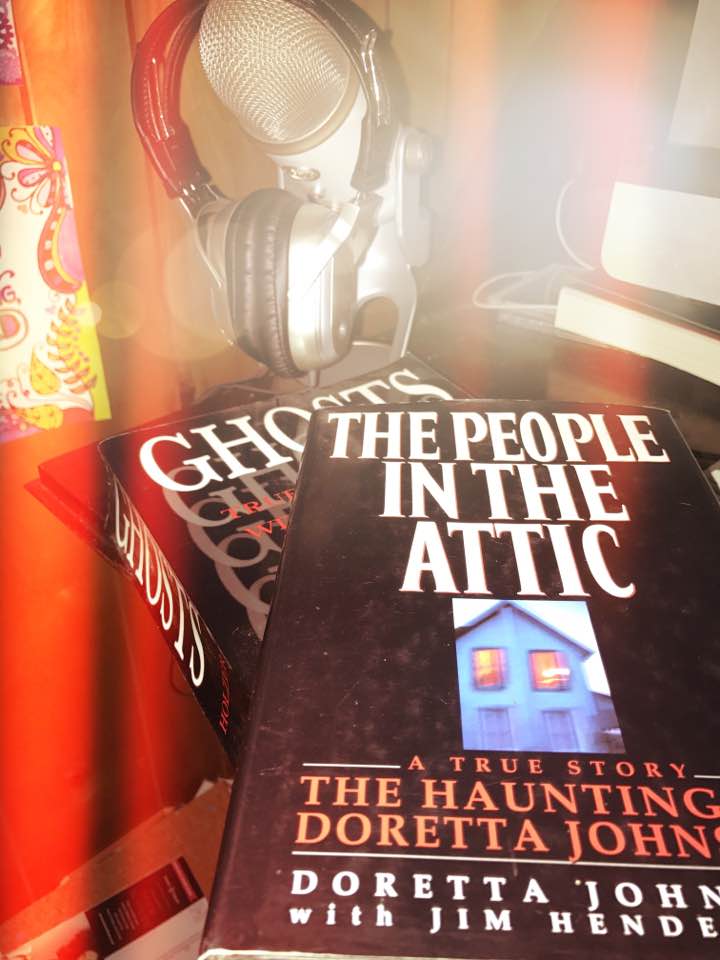 True ghost stories as told by Carla, round one:

Books recommended in/for this episode (all added to the podcast bookshelf on Goodreads):

book which I used to verify my experiences with hearing family members go through their routines yet not be home:

Ghosts by Hans Holzer — This is a no-joke read, both for time investment and the author’s investment. Holzer was a serious investigator, and can be called the first “ghost hunter”, if one goes for that term. He can be considered the next person after William James to go seek the hauntings themselves in order to learn. I own the paperback, and it is so substantial I cannot lift it on a high-Ehlers-Danlos pain day. I fear I might dislocate a wrist. No kidding, this book might be a go-to weapon in case of a surprise prowler. I have no doubt I could knock out a grown man if I took him by surprise with this book.

and The People in the Attic by Doretta Johnson with Jim Henderson. It’s out of print, but that is to your benefit–gently-used copies start on Amazon at under a dollar. It’s well worth the read.

Of course. the impeccable The Haunting of Hill House, by Shirley Jackson. I am blessed to have befriended several horror writers, and have discussed the perfection of the opening and ending paragraphs of this novel with a few of them. We all heartily agree that these might be the most perfect beginning and endings to an American novel ever, right up there with The Great Gatsby and Lolita. That’s dem fine company, to paraphrase a certain evil wizard-wannabe uncle you might have met along your reading journeys. I recommend the audio version, narrated by the sublime Bernadette Dunne; she truly understands Jackson’s work on a deep level. She also wonderfully narrates Jackson’s We Have Always Lived in the Castle, another novel about another demented domicile, haunted in quite a different manner from Hill House…and in some ways, the same.

Demented domicile is my pet term for a house that is wrong. It might be haunted, it might be cursed, or built on cursed land. It might even be sentient. The reason may never be known. But no good comes to those who live there. It’s my favorite subgenre of horror.

The House Next Door, by Anne Rivers Siddons

The House, and The Haunted, both by Bentley Little

The House That Jack Built, by Graham Masterton

music in this episode:

“Humming Ghosts” and “She Comes Through the Fog” by Haunted Me

See you next week for more personal ghost stories, and more reading recommendations. There’s no shame in sleeping with the lights on.